click to enlarge Photo via Wild Florida/Facebook After an eventful 2020, Wild Florida is forging ahead with major additions to its ever-growing Florida-focused offerings. Since opening in 2010, the Osceola County […]

After an eventful 2020, Wild Florida is forging ahead with major additions to its ever-growing Florida-focused offerings.

Since opening in 2010, the Osceola County attraction has seen a steady parade of new attractions. Originally just an airboat tour company, Wild Florida quickly added a 14-acre Gator Park. In December of 2019, the attraction was kicked up a notch when it added Central Florida’s largest drive-thru safari. The 85-acre safari is home to multiple animal habitats, most of which guests can drive through.

After a short closure due to the pandemic, Wild Florida reopened the drive-thru attraction, immediately seeing massive crowds as people sought safe activities in the era of social distancing. The Gator Park and other outdoor areas of the attraction also reopened while the park’s three shows remained paused. As pandemic begins to subside, Wild Florida has reopened its educational shows, all of which take place outside, and a brand-new expansion to the safari.

The safari has now doubled in size, and numerous new animals have been introduced to it. For those wanting a new way to experience the safari, swamp buggy tours are now available. The six-seater trucks allow for groups of up to four at a time to get an off-road tour of the animal habitats, which includes multiple hands-on opportunities. 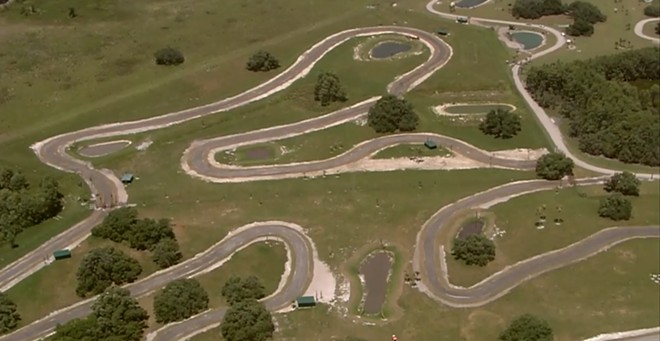 Sam Haught, co-owner of Wild Florida, shared the park’s vision for the new expansion and gave Orlando Weekly exclusive details on what is next for the attraction. Haught explained the swamp buggy tours came as more guests seek to understand the backstage workings of the massive attraction. Currently, Wild Florida has one buggy, but there are plans to expand the fleet to allow for larger groups to experience it together.

The buggies are now able to be offered thanks to the expanded safari areas. This expansion also allowed the park to focus on bringing in more herd species while also allowing for potential breeding programs in the hopes to eventually be able to release some animals into the wild. The park’s bison herd, all Florida raised, has been moved to the expansion area, as have the wildebeest.

With animals from every continent except Antarctica, the name Wild Florida doesn’t fully represent what the attraction now offers. Haught was quick to point out that many of the animals at the park are or were previously found within the state.

“That’s another one of those funny stories about when we use to word ‘Wild Florida’ as our name, and we have animals from all over the world,” he said. “We do have animals that once roamed through Florida, and that’s another part of the message is we want people to understand what Florida looked like a thousand years ago or more. Believe it or not, bison and elk once roamed through Florida.”

According to Haught, the unique mix of animals from around the globe also aligns with Wild Florida’s conservation goals.

“We’ve realized that we’re in the business of helping people make connections with animals, a stronger connection than perhaps they previously had before they went through the safari,” he said. “That’s what’s really all about.”

One of the deciding factors in expanding the safari was the need for additional rescue facilities for the park’s growing gator population. In Florida, it’s illegal to relocate nuisance alligators, so most are euthanized. Wild Florida presents an alternative to that option.

“We needed to expand the safari because we were running out of space in others to build to house those alligators that were coming from far and wide. There’s not a whole lot of facilities like ours that will pay top dollar for alligators, and so most of the trappers would rather just kill them. And, you know, whenever those alligators wind up in a pool or backyard or the post office, as was recently in the news, the easiest thing would be just to euthanize them,” explained Haught.

He noted the park’s ability to take gators of any size is unique.

“Some parks will only take the big ones. We buy any alligator that they capture alive,” he said. “We’ve taken in so many that most of our existing ponds are starting to bump up to that higher level of capacity. With the expansion, so far, we have two brand new ponds that are now empty that are to be filled with more of these rescue alligators.”

Among the animals in the expanded safari are new herds of wildebeest, water buffalo, watusi cattle, eland antelope, Brahman cattle, and zebra. An all-white elk, rehomed from a facility that no longer wanted it, can also be found on the safari. The park has also expanded its herds of Highlander cattle, camels, and ostriches.

One additional project in the works is a new snake habitat. In December, on one of the region’s coldest days of the season, a heating element malfunctioned in a snake exhibit causing a fire that resulted in the loss of multiple reptiles. Haught called the fire and losses “like pouring salt in the wound of an already wild year.” Thankfully, some snakes had just recently been transported to Gaylord Palms, which has multiple small exhibits featuring animals from Wild Florida. Haught explained that he wants the next reptile exhibit to be a showstopper.

“We’ve kind of held back on creating a new reptile exhibit,” he said, while noting that the new plans account for possible equipment failure. “We want to want to make it a much bigger deal next time.”

In the meantime, Wild Florida is planning on adding more animals to its safari park, with Haught teasing the next big creature to be added.

“We have plans for a really big, heavy, one-horned animal that will be in the new Safari expansion section in four to six months.”

Tue Jun 15 , 2021
You’ve likely seen this super-viral diet in some form or another on your #foryoupage, but do you really know what it entails? Here, we break down the somewhat-controversial feeding practice. As always, we recommend you consult with your vet before making any changes to your pet’s diet. What is the […]