WALNUT CREEK, CA — Animal Rescue Foundation co-founder Elaine La Russa posted a statement on social media Saturday night saying her family has pulled out of the Walnut Creek-based animal welfare rescue foundation it started three decades ago. “It is with the utmost sadness that we decided to join with […]

“It is with the utmost sadness that we decided to join with Tony, and formally resign from the Tony La Russa’s Animal Rescue Foundation Board of Directors,” Elaine La Russa wrote, in a Facebook post. “The La Russa family has collectively concluded that we cannot support or participate in ARF’s current leadership.

“We hope that our withdrawal from the board and organization will prompt renewed focus on careful stewardship of the foundation and its mission. Until we see significant change, we are stepping away from ARF and will dedicate our passion, time and resources to aid other animal welfare organizations. We remain hopeful that with meaningful changes, ARF can return to the mission and ideas upon which our family founded it thirty years ago.”

The statement, which didn’t name any specific changes that were needed, was signed by La Russa and her daughter, Bianca La Russa.

As of Sunday morning, Tony La Russa – the former Oakland A’s manager who now manages the Chicago White Sox – was still listed on ARF’s website as the chairman of the group’s board of directors. Elaine and Bianca La Russa were listed as board members.

The La Russas founded ARF after Tony famously corralled a stray cat from the field at the Oakland Coliseum during a game in 1990. He discovered afterward there were a lack of no-kill animal shelters in the Bay Area, so he and wife Elaine started one in Walnut Creek. ARF now resides in a large shelter and community center in Shadelands Business Park and has given homes to more than 44,000 dogs and cats., according to its website.

Mon Apr 19 , 2021
Wildlife managers work to keep Chronic Wasting Disease out of state PENDLETON, Ore. (KTVZ) — Three elk, three pronghorns, a mule deer, two turkeys and a bobcat round out a collection of animals illegally killed, tagged, processed or taxidermied in a case that spans multiple jurisdictions. However, the health threats […] 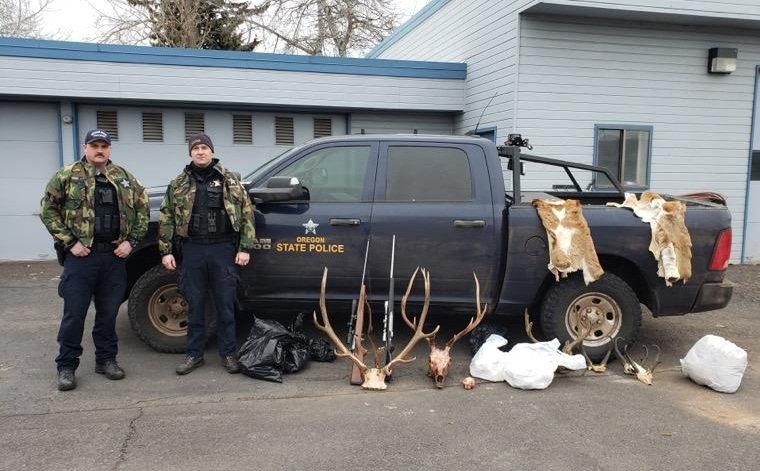