LANCASTER COUNTY, S.C. (WBTV) – A trial is starting in a South Carolina case where two people were arrested and 26 dogs were seized following an investigation in Lancaster County. Steppes Stagvelt Starwolf, 63, and Stevie Jenna Starwolf, 53, were arrested and charged with Ill Treatment of Animals, which carries […]

LANCASTER COUNTY, S.C. (WBTV) – A trial is starting in a South Carolina case where two people were arrested and 26 dogs were seized following an investigation in Lancaster County.

Steppes Stagvelt Starwolf, 63, and Stevie Jenna Starwolf, 53, were arrested and charged with Ill Treatment of Animals, which carries a sentence of 180 days to five years in prison and a fine of up to $5,000.

In the first day of trial, WBTV is told several deputies and a vet were put on the stand to testify about what they saw the day the dogs were taken.

Many spoke about how dirty the house was and how many of the dogs had to be carried out because they didn’t know how to walk.

”It’s almost like they just wanted us to help them,” says Alan Williams, the director of the county’s animal shelter.

Williams gave Cody, one of the dogs left, a nice rub down. It is a ritual they have every day for a year. Cody, Mystic and Maddie are the only dogs left here of over two dozen dogs grabbed from the owners who are charged with abusing them.

”I’ve been doing this off and on for 12 years and that case stuck with me more than any of the rest,” says Williams.

He says it is because of the shape these animals were in.

Williams says many had feces caked in their fur and near their mouths. Some had to learn how to eat and walk again from the mistreatment. Williams, tearing up just talking about it.

”I think we would all know what would have happened if they had stayed where they was at. These dogs were, they were great dogs,” says Williams.

Animal control officers responded to a welfare check on the animals believed to be at the home on Pageland Highway in Lancaster.

After no one answered the door at the home, officers saw two trash bags, which were found to have what is believed to be 10 dog carcasses, outside of the home with a foul smell, officers said.

Deputies saw dogs inside the house through the window. Some of them were running loose and others were left in crates.

Officers then obtained a search warrant for the home. Investigators made entry into the home and found 25 Huskies, with three puppies, and a cat.

Six of the adult dogs and two puppies were running loose in the home, and the rest of the dogs were cages, including two cages with two dogs each.

Authorities said some of the cage doors were locked with zip ties and the dogs appeared to have been in the cages for a while, and none of the animals had access to food or water.

Officers said all of the animals appeared to be malnourished, while shavings and fresh and dried urine and feces covered the floor and the bottoms of the cages, and the accumulation of the material prevented some cage doors from being opened.

Most of them have moved on to rescue groups in Virginia.

The three left remain because they need a little more rehabilitation before they can be released for adoption. Williams hoping he will soon be able to give them a loving home.

Pets of the week: Sadie is a good girl. Layla is a beautiful lady

Wed Jul 21 , 2021
JACKSON, MI – Sadie and Layla are just two of the many animals at the Cascade Humane Society that are looking for loving forever homes. Sadie is a 6-and-a-half-year-old female Labrador retriever and shepherd mix. She is one happy-go-lucky girl who enjoys playing in the yard. Sadie flies around playing fetch, but […] 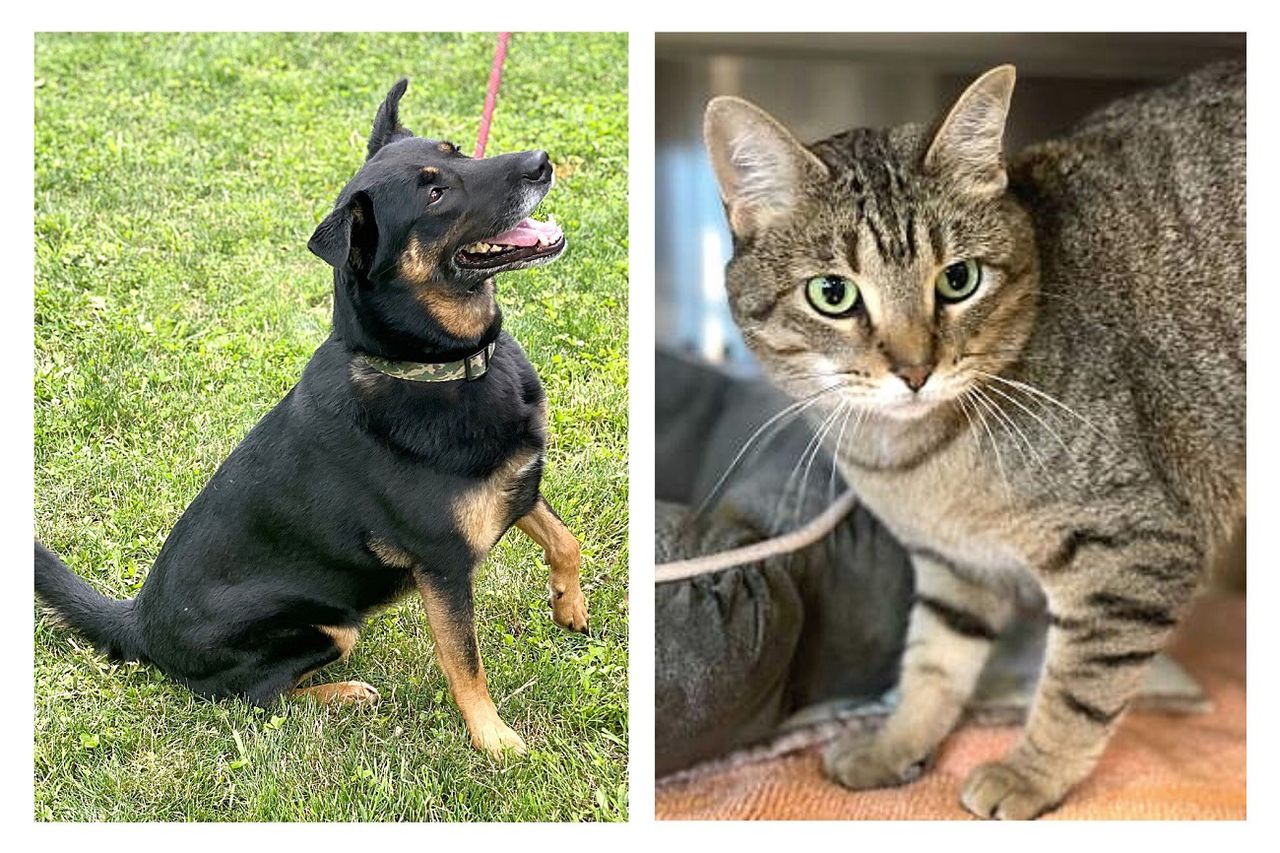