Have you seen this dog? Big peepers, tiny chapeau, answers to his official name Question Hound. When last spotted by some, this stoic canine, engulfed in fire, was being dragged into the blue-flame fury of a presidential election. Now comes good news: The “This Is Fine” dog is alive, even […]

Have you seen this dog? Big peepers, tiny chapeau, answers to his official name Question Hound. When last spotted by some, this stoic canine, engulfed in fire, was being dragged into the blue-flame fury of a presidential election. Now comes good news: The “This Is Fine” dog is alive, even if not, well, entirely well.

Question Hound seared his way into our retinas starting in 2013 when the “Gunshow” webcomic character was boiled down to a two-panel meme on social media, a symbol of grinning while barely bearing it. This cartoon icon of stiff-lipped acceptance or wide-eyed denial eventually even entered the political arena, with both sides of the aisle aiming to tap into the cultural currency of the image.

Creator K.C. Green has freshly cast Question Hound into a gray-scale universe for his strip “Funny Online Animals,” which beginning Tuesday will be distributed to King Features Syndicate digital clients and through its site comicskingdom.com – through which, Green hopes, more people will see his work and come to know the artist behind the meme.

In one “behind the scenes” strip, we see Question Hound holding his viral pose until an offstage director yells, “Cut!” Then, even when he drops character and leaves the studio lot, the dog endures the social burden of being reduced to a meme.

Not that “Funny Online Animals” revolves around Question Hound. Its four main “Gunshow”-sprung characters are a duck named Guy, the rabbit Bradley, the fox Billie and Cool Frog, all surrounded by lesser forest critters, but their creator knows it’s his canine who brings the sizzle of popularity to the party.

“Question Hound will be there, but only in the part that feels like it’s a writer’s room for the strip,” said Green, who is based in Massachusetts. “He’s the money behind ‘Funny Online Animals’ because I make a living doing what I do thanks to” the meme. “I recognize that,” he notes by email, “and sometimes resent that.” He also knows that it’s exhausting to try to keep your creation on any sort of leash, particularly after the internet has adopted your character as its own.

“This is fine” appeared in just one of the six panels of a “Gunshow” comic – titled “The Pills Are Working” or “On Fire” – that Green drew eight years ago. “I think I was still struggling with myself – with getting my antidepressants and stuff right,” Green told the Verge in 2016, explaining that he was just trying to ignore an off day: “That was all there was to it.”

In the full comic, Question Hound keeps telling himself that “things are going to be OK,” gritting his teeth even when he has a literal, candlelike meltdown. But it was the first two panels that were posted by users – from 4chan to Reddit to Imgur – to reflect their stress, anxiety or bleak acceptance, according to Know Your Meme.

The Republican National Committee tweeted the meme in summer 2016 to mock the Democratic National Convention. At that time, Green drew political art for the comics site the Nib, including replacing Question Hound with the Republican elephant – followed by his impassioned comic response: “This Is Not Fine.”

“Everyone is in their right to use ‘this is fine’ on social media posts, but man o man I personally would like @GOP to delete their stupid post,” the cartoonist tweeted at the time. Green has had a series of his drawings become memes and in some cases gave up trying to police how the images were used.

“It felt like playing whack-a-mole,” he said. “Every time you stop one (art marketplace) site, another pops up. And more and more people email you asking if they can use it for a shirt for their high school’s drum line or as an officewide gift or this or that or whatever. It’s exhausting at worst!”

The cartoonist said he’s learned to let go of such usage. “This is not an invitation to just steal my work forever,” Green said. “I just want to make comics. I’ve only ever wanted to make comics.”

Green, too, has put the character into high-profile projects to keep his name and creativity closely associated with it. One was an animated interstitial that aired on Adult Swim; another was a successful Kickstarter campaign to make plush toys of Question Hound.

Taking his “Gunshow” characters to syndication is another way to reach the culture at large – a mainstream method for maintaining his claim. Olive Brinker, creator of the comic “Rae the Doe,” connected Green with King. His response: “Man … why not try?”

He had been creating longform comics but wanted to return to short-form. “I feel like I’m ready to sit down and do the damn thing I know I’m good at,” Green says. Tea Fougner, the editorial director of comics at King Features, was “ecstatic” to hear from Green.

“He’s got a great sense of humor that manages to be simultaneously sweet and salty, and he plays with wonderful shapes and character features that are reminiscent of rubber-hose animation,” Fougner says, like ones in early Hollywood shorts.

Going forward, Question Hound will wear many hats, Green says: “He’ll be kind of a stingy manager or exasperated businessman.” Mostly, the cartoonist looks forward to playing in this syndicated sandbox.

“I do hope for more people to see my work,” he says. “I’ve been making comics and putting them online for years, yet it’s still wild when people go, ‘Oh that was you?’ about this or that meme they’ve most definitely seen online.”

Fri May 21 , 2021
FLINT, MI — Diesel, a dog recently rescued by the Genesee County Sheriff’s Office, suffered trauma as a chain wrapped around his neck cut down the dog’s muscle. A man has been charged and arraigned after Diesel was was found with the deep wound to his neck, Genesee County Sheriff […] 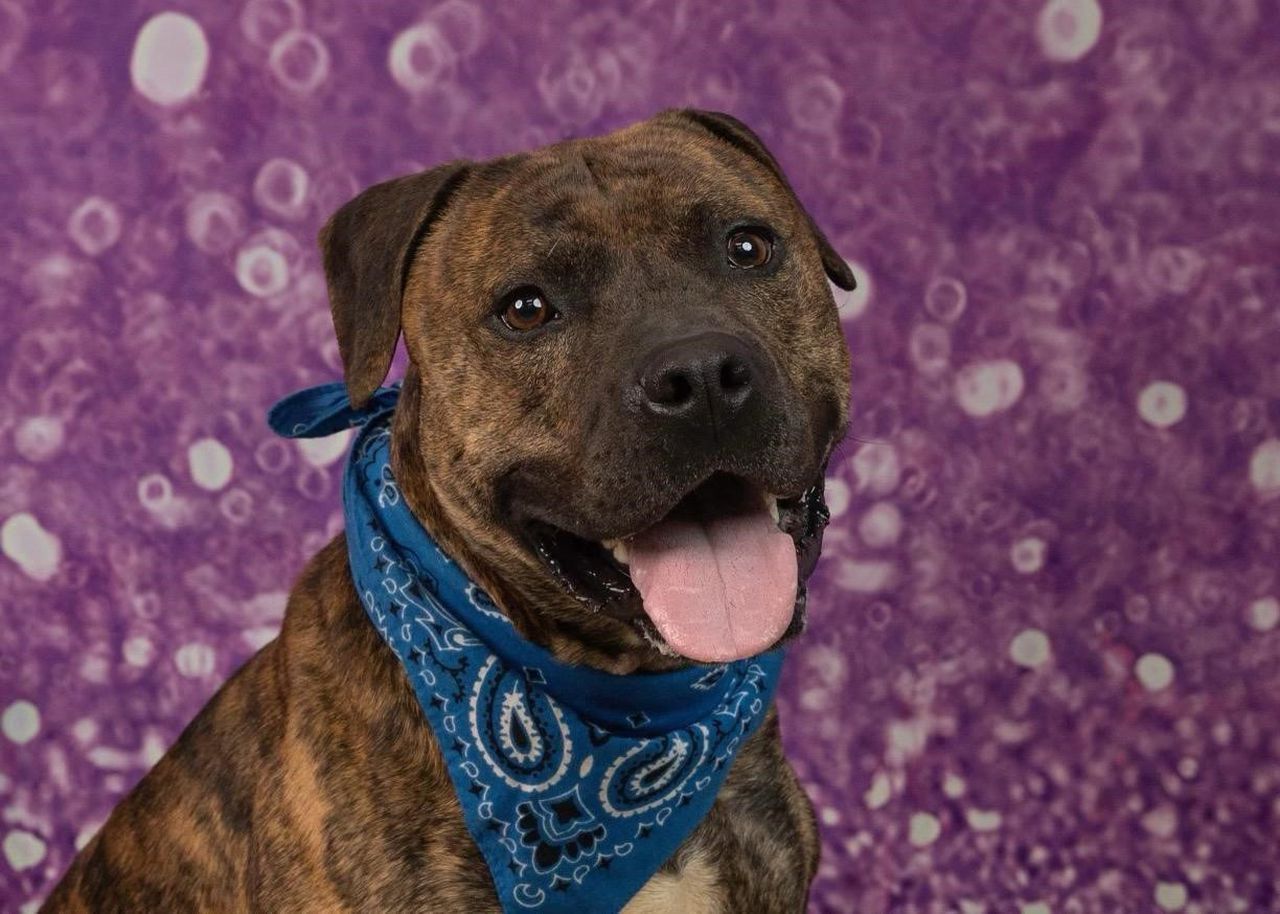