Located in St. Pauls, the Robeson County Animal Shelter also ranks 14th in the United States for the highest animal shelter deaths. The facility often kills animals due to lack of space and to control the spread of disease.

The shelter’s save rate for animals increased to 44% last year, but still falls below the state save rate of 76% and the national average of 83%, according to Best Friends Animal Society, a nonprofit organization that analyzes the rates of cats and dogs who enter and exit shelters across the country.

Decreasing the number of animal shelter deaths and euthanasia due to lack of space requires more resources, support, and community services.

Many pet owners in Robeson County face challenges to provide adequate medical care for their pets.

Costs for pet care can be expensive with the treatment of diseases, surgeries and medications. Some cat owners can expect to pay more than $600 a year for care, according to an ASPCA report on pet insurance.

A lack of resources to help pet owners often contributes to a flood of incoming pets to the shelter, according to Best Friends.

Jason Allison, the director for the Robeson County Animal Shelter, said the majority of animals that enter the shelter are found on the street.

“The more animals we get spayed and neutered, the more the population is under control,” he said. “People just kind of take on more than they can chew at times. They have good intentions on going into ownership of animals and sometimes it gets out of hand and we’re left to pick up strays on the street.”

In some cases, he said, animal control can pick up 45 cats in one day.

“It happens. We get more strays than owner surrender calls,” Allison said. “But there’s the owner surrender when people tell you, look, I just can’t afford to feed them anymore.”

Despite the expenses of pet costs, residents in Robson County can get assistance with spay and neuter services.

Vouchers, which can be picked up at the shelter every Monday, Wednesday and Friday from 8 a.m. to 12 p.m., help alleviate the costs of the surgery, Allison said.

“We need to control the pet population. We just do,” Allison said.

Euthanasia is the process of killing a pet usually suffering from a disease or health issue. Using the procedure due to lack of space, like at the Robeson shelter, is not a method favored by many animal welfare groups.

‘The cat picks you’: Fayetteville cat rescue aims to save felines and humans

“Animals are euthanized to prevent overcrowding and to maintain disease control,” said William Smith, the director for Robeson County Health Department, in a statement. “Individual intake cards are to note rescue groups contacted and results of contact.”

Smith said in the statement that many dogs are able to be rescued but there are “far more cats available than are wanted by rescue groups.”

“It should be noted that rescue groups are going to many counties simultaneously and it would be difficult for them to meet all of the shelters’ needs,” he said.

John Graves, the East Region Strategist for Best Friends, said the society is aware of the need to spay and neuter more pets, which contributes to lack of space at the shelter. He said the group is creating more opportunities for wellness clinics for the county to get medical services for their pets.

“We’re really recognizing that there needs to be more resources and more support from a community level,” Graves said. “The veterinarians in the area do a wonderful job in supporting the shelter but again, there’s just so many people and there’s so many animals.”

A need for support

“We’ve been supporting partners on the ground for several years now,” Graves said. “Our role has been guiding them and providing small grants to help them get more animals out alive. That’s been our number one focus right now.”

Best Friends has been working in Robeson County with the shelter since 2018.

“We’re always looking to engage with more people. We do have a text campaign that we’ve been rolling out to engage more individuals in and around Robeson for volunteering and helping pull animals, and foster,” Graves said. “We’ve been trying to gather more supporters in the area.”

Allison said local rescue groups have greatly contributed to the decrease in animal euthanasia rate over the past year.

Save the kitties: Here’s an update on Cumberland County’s feral cat program and how it works

“They’ve stepped up and started taking more (animals),” Allison said. “We’ve started reaching out to more rescue groups and trying to get them on board. We’re reaching out of state and trying to partner with out-of-state rescuers.”

“We were kind of sidelined for a while when COVID really reached its peak,” Allison said. “There was a time when we were down on animal control. We weren’t really bringing that many animals in.”

Between the help from Best Friends Animal Society and local rescue groups, Allison said there is still more work to be done to control the animal population and decrease the number of animal shelter deaths.

He wants the community to “be responsible” in their care of pets and take advantage of community services that are available, like the vouchers.

The society is also continuing to focus on their community partners, he said.

Right now, a local woman has a grant to rescue nearly 1,000 cats over the next year in Robeson County, Graves said.

“A lot of shelters have adjusted their practices over the years by following science and data and embracing new programs,” Graves said. “We know these life-saving changes can be made.”

The state leads with Texas, California and Florida in the number of shelter deaths, according to Best Friends.

About 6.5 million animals enter shelters nationwide each year and about 1.5 million are euthanized annually.

More statistics on animal shelter deaths can be found on the Best Friends Animal Society website.

Regional Enterprise Reporter Kristen Johnson can be reached at [email protected] or 910-486-3570.

Support local journalism with a subscription to The Fayetteville Observer. Click the “subscribe” link at the top of this article.

What Netflix's 'Cat People' Can Teach Us

Wed Jul 21 , 2021
In the cats-versus-dogs debate, pop culture tends to skew in one direction. Many animated movies portray cats as manipulative and nefarious, and dogs as the (less canny) embodiments of loyalty and love. Cats also have a long association with the witchy and supernatural, underscoring their folkloric legacy as otherworldly beings. […] 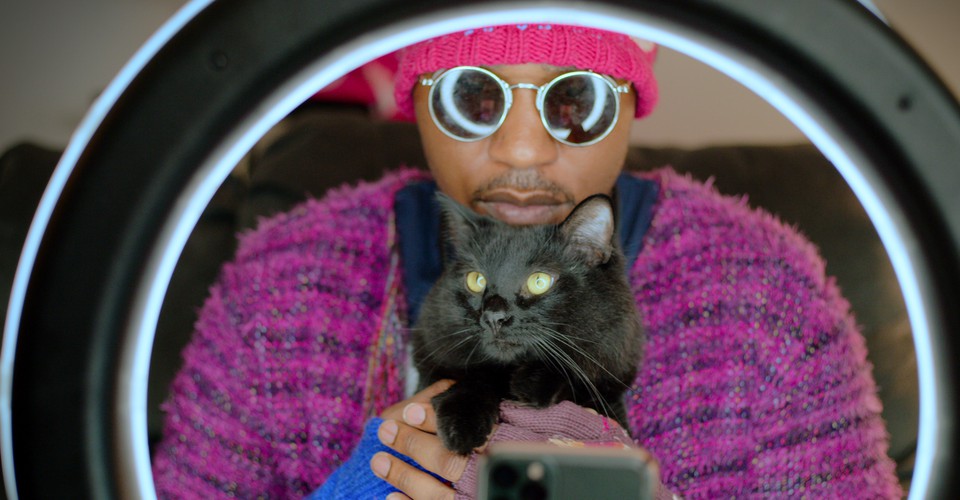