To survive in the frigid ocean waters around the Arctic and Antarctica, marine life evolved many defenses against the lethal cold. One common adaptation is the ability to make antifreezing proteins (AFPs) that prevent ice crystals from growing in blood, tissues and cells. It’s a solution that has evolved repeatedly […]

To survive in the frigid ocean waters around the Arctic and Antarctica, marine life evolved many defenses against the lethal cold. One common adaptation is the ability to make antifreezing proteins (AFPs) that prevent ice crystals from growing in blood, tissues and cells. It’s a solution that has evolved repeatedly and independently, not just in fish but in plants, fungi and bacteria.

It isn’t surprising, then, that herrings and smelts, two groups of fish that commonly roam the northernmost reaches of the Atlantic and Pacific Oceans, both make AFPs. But it is very surprising, even weird, that both fish do so with the same AFP gene — particularly since their ancestors diverged more than 250 million years ago and the gene is absent from all the other fish species related to them.

A March paper in Trends in Genetics holds the unorthodox explanation: The gene became part of the smelt genome through a direct horizontal transfer from a herring. It wasn’t through hybridization, because herring and smelt can’t crossbreed, as many failed attempts have shown. The herring gene made its way into the smelt genome outside the normal sexual channels.

Laurie Graham, a molecular biologist at Queen’s University in Ontario and lead author on the paper, knows she’s making a bold claim in arguing for the direct transfer of a gene from one fish to another. That kind of horizontal DNA movement once wasn’t imagined to happen in any animals, let alone vertebrates. Still, the more she and her colleagues study the smelt, the clearer the evidence becomes.

Nor are the smelt unique. Recent studies of a range of animals — other fish, reptiles, birds and mammals — point to a similar conclusion: The lateral inheritance of DNA, once thought to be exclusive to microbes, occurs on branches throughout the tree of life.

Sarah Schaack, an evolutionary genomicist at Reed College in Portland, Oregon, believes these cases of horizontal transfer still have “a pretty big wow factor” even among scientists, “because the conventional wisdom for so long was that it was less likely or impossible in eukaryotes.” But the smelt discovery and other recent examples all point to horizontal transfers playing an influential role in evolution.

Back in the early 2000s, Graham was studying AFPs under the direction of her lab leader Peter Davies when she was struck by the uncanny resemblance of the smelt protein’s gene to one of the antifreeze genes produced by herring. The genes’ introns — stretches of noncoding DNA, which generally mutate faster than coding regions — are more than 95% identical. “The only conclusion we could come up with was that the gene was transferred horizontally,” she said.

But when the team tried to publish their findings, they faced significant pushback. “We sent it to journal after journal, and we really had to fight to get it in,” she recalled. Their timing was perhaps unfortunate. In 2001, one of the major papers describing the newly sequenced human genome made extraordinary claims of horizontal gene transfers from bacteria based on comparisons to some animal genomes. These claims were quickly refuted by work showing that the lineages of species between bacteria and humans on the tree of life had once had the genes but lost them.

“Then we came along and tried to publish this, and it was in a climate where people were saying, ‘These claims are bunk,’” Graham said. Even after the paper was eventually published in 2008 by PLOS ONE, the conclusions were doubted. “Probably about half the people in our field said, ‘Oh! This is really cool!’ and the other half said, ‘No. We don’t believe you,’” she said.

The disbelief in their findings was understandable because the barriers to horizontal transfer in eukaryotes looked insurmountable. Horizontal transfers are common and easy in bacteria, whose DNA is just within their cytoplasm. If a DNA fragment can make its way through a bacterium’s cell wall and membrane, there’s not much to bar its integration into the genome. But eukaryotes keep their genome cloistered inside a second barrier, the nucleus, and most of the time, their DNA is tightly condensed into chromosomes that limit the opportunities for splicing into the genome. Moreover, for a horizontal transfer to establish itself in a eukaryotic species, it can’t integrate into just any cell’s DNA; it needs to end up in a germ cell, be passed on to offspring and persist in the general population. That chain of events seemed wildly unlikely to many scientists.

Not to be deterred, Graham and her colleagues probed deeper. By cloning large chunks of the smelt genome in bacteria, they determined that smelt have only one AFP gene. When they looked at the corresponding genomic regions of other fish with published genome sequences, they found no traces of an AFP gene, not even a defunct one, although the array of genes that flanked the smelt’s AFP gene was there. “That suggested that this was something that came in; it was a new arrival in the smelt,” she explained. “And yet, we still had people that said, ‘No, we don’t buy it.’”

Finally, in 2019, a full sequence for the herring genome was published. It let the team better examine the sequences surrounding the AFP gene, some of which appeared to be transposable elements (TEs, or transposons), mobile chunks of DNA that can copy and paste themselves in a genome. The herring genome holds many copies of these TEs, but they are absent from other fish — with one telling exception. Three of them flank the rainbow smelt’s AFP gene, in the same order seen around the herring AFP gene.

Graham thinks that these sequences are “definitive proof” that a small chunk of a herring chromosome made its way into a smelt’s. “If anybody wants to dispute this,” she said, “you know, I don’t see how they possibly could.”

Cédric Feschotte, a genome biologist at Cornell University who was not involved in the study, agrees. “It seems unmistakable when you look at the data,” he said. What really intrigues him, though, is how well this finding lines up with work that he and others are doing on transposable elements and the rise of new genes.

For instance, in a 2008 study in the Proceedings of the National Academy of Sciences, he and his colleagues identified a new kind of TE found in a disparate group of vertebrates, including few species of mammals, a reptile and an amphibian. These TEs were more than 96% identical in these species, but were strangely absent from other examined genomes. Because the elements seemed to have appeared suddenly out of nowhere, Feschotte and his colleagues dubbed them Space Invader (SPIN) elements and concluded that they must have recently moved horizontally between the sundry lineages. These TEs weren’t merely genetic noise in their new hosts, either: Mice, for example, had obtained a whole new functional gene by co-opting a SPIN element enzyme.

Since the 2008 SPIN paper, thousands of other horizontal TE transfers between animals have been reported. While these putative horizontal transfers were initially met with surprise, much as Graham’s AFP gene was, the evidence is now undeniable.

For context, it’s worth noting that horizontal transfers can be hard to detect: Over time, ever more mutations accumulate in both the original and the recipient lineages, obscuring similarities in a shared gene. Proving that a gene has been horizontally transferred also depends on demonstrating that it wasn’t once present in other related species and then lost through evolution, which can be difficult when some of those species are extinct.

“The rate of actual horizontal transfer is probably much, much higher than we realize,” Schaack said.

Constantly on the Move

Although no one knows how often DNA jumps between vertebrate cells, Clément Gilbert, an evolutionary biologist at Paris-Saclay University in France, and his colleagues found at least 975 transfers when they screened the 307 vertebrate genomes that were publicly available on GenBank at the end of 2017. What stands out in that data is that these transfers occur overwhelmingly between fishes. Almost 94% of the transfers involved ray-finned fishes; less than 3% involved birds or mammals.

“I’m still very much puzzled about how this is possible,” he said.

One explanation could hinge on herring’s famously exuberant spawning efforts. “If you were flying in a plane, and you look down at the coastline where they’re spawning, the water is milky white in color, because there’s so much sperm being released during the mating process,” Graham said. The vast majority of those sperm fail to find eggs, degrade, and release their DNA.

Fri Jun 11 , 2021
Although we do have laws on the books that offer some level of protection against animal cruelty, some advocates feel they are not harsh enough. Thankfully they’ve improved some since cruelty to animals became a felony as of November 2019. In many cases, those convicted in a civil case of animal abuse are […] 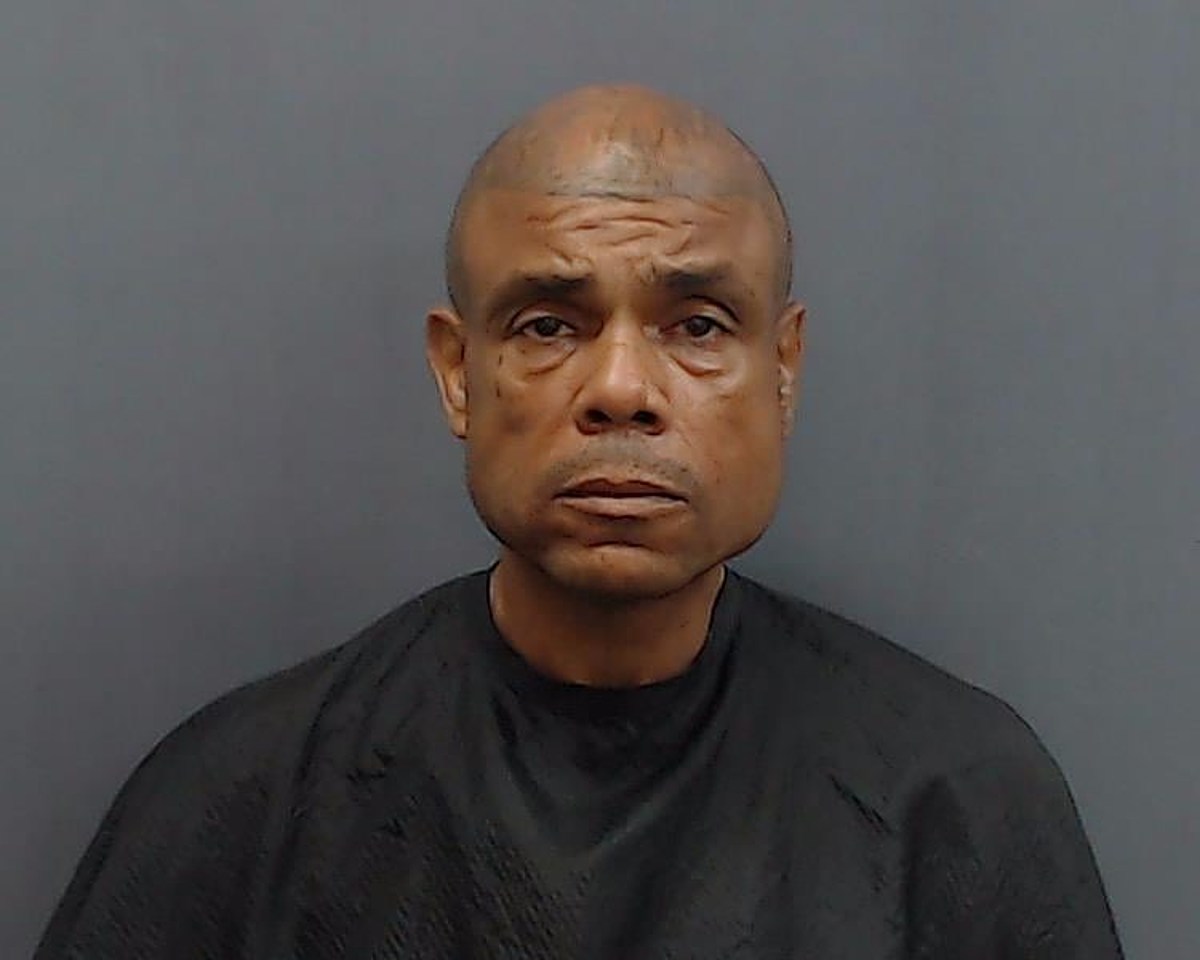