A dog in a shelter. Photo: Kay Whatley. According to numbers in the 2020 Public Animal Shelter Report, released to the public by the NC Department of Agriculture and Consumer Services (NCDA&CS) earlier this year, North Carolina public animal shelters euthanized approximately 10,522 dogs and 25,254 cats during 2020. For […]

According to numbers in the 2020 Public Animal Shelter Report, released to the public by the NC Department of Agriculture and Consumer Services (NCDA&CS) earlier this year, North Carolina public animal shelters euthanized approximately 10,522 dogs and 25,254 cats during 2020.

Totals and percentages in this article are based on calculations using reported data, and may change if revised reports are issued.

With most of 2020 impacted by the coronavirus pandemic, the year’s lower numbers may reflect the change in human activity.

Note that the state’s public animal shelters also “intake” other animals, including wildlife and birds, and many of these were euthanized at the shelters, according to the report.

The vast majority of animals received by NC public animal shelters are dogs or cats. Numbers relating to dogs and cats, for several NC counties, are included below.

NCDA&CS’s Veterinary Division Animal Welfare Section issues licenses for public and private animal shelters and kennels. They also oversee the certification program for Euthanasia Technicians, and collect shelter data on animals “put to sleep.” For 2020, their report covers all animals handled by public animal shelters including county animal control facilities. Note that occasionally animals are transferred between shelters and may be double-counted.

The full 2020 report is available to the public at www.ncagr.gov/vet/aws/Fix/BytheNumbers.htm. Look over the report for yourself and see how shelters are performing in your county.

Prior year reports are also available via that link, in PDF and Excel.

Ed. Note:  Shelters report total costs and per-animal costs in the report. Costs vary from tens of dollars per animal to over $900 per animal… If residents routinely spayed/neutered their pets, and the county “fixed” feral cats, many shelter costs could be avoided by the state. (Plus, no need for constant euthanasia services.)

PSA: If you or someone you love owns a pet that has not yet been spayed (females) or neutered (males), now is a good time to “fix” pets to ensure unwanted offspring don’t end up at shelters in the future. If humans routinely fixed their pets, the shelters could be empty of unwanted cats and dogs. (Some areas in the US have such a dearth of adoptable pets that NC shelter animals are shipped to other states. North Carolina should be able to do what other states have successfully done.

This shelter’s numbers were not included in the 2020 annual report, nor in the 2019 report.

There may be factors in certain areas that contribute to high euthanasia rates. Human population differences, urban vs. rural, and shelter budgets may impact the rates of adoption versus animals put down.

Putting down animals cannot be considered a good path for the state of North Carolina — or any US location — to follow.

None of the animals put down can be helped now, obviously; however, if more humans “fix” their pets (male and female), the shelters can become emptier over the coming years. At a local level, this problem can go away with a local fix.

Some areas in the US have succeeded with spay/neuter to the point that unwanted pets are shipped in from other states for adoption!

If humans take the time to get their dogs and cats “fixed” the shelters could be receiving fewer animals. Fewer “unwanted” animals would exist to be euthanized.

Adopt from a Shelter

Humans with space in their homes and hearts, money for animal food, and time to care for pets, adopt from animal shelters to help lower the euthanasia rates. Adopt a fixed animal, or get it spayed or neutered. In doing this, you help lower the number of animals that end up in shelters in your area.

Keep an animal for its entire life-span. While kittens and puppies are cute, they may be different as adults. When you adopt an animal, take responsibility for it for its lifetime.

If you can’t adopt any [more] animals, you can donate to a no-kill animal shelter. Help them to continue their work, which often includes removing animals from public shelters to save their lives.

The future doesn’t have to be a future with unwanted domesticated animals. Let’s work together to get this under control for our children and grandchildren. No healthy animals should be euthanized if humans are doing their part.

Ed. Note: Any animals shown in photos were rescued. Red used above to highlight North Carolina shelters reporting more than 51% of cats put to sleep (euthanized). Numbers used for calculations provided in the 2020 Excel version of the Public Animal Shelter Report. If notice a calculation error/typo, please advise the editor.

Tue May 4 , 2021
Do you want to add a furry friend to your family and do something good for the Port Chester community at the same time? Then you should consider adopting a pet from a local shelter. Despite the ongoing coronavirus pandemic, many pets are still looking for their forever homes and […] 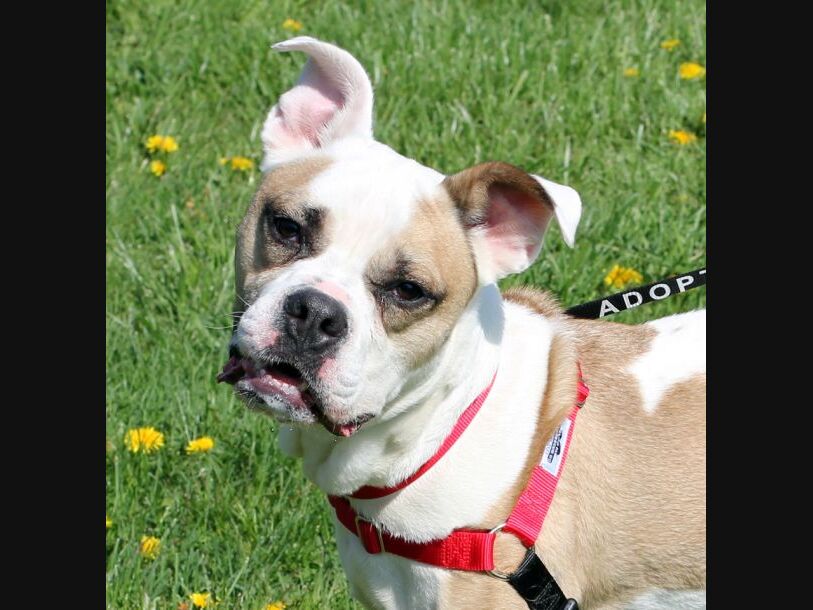