Around 15, including a pet, have died, and 2 are recovering, after allegedly eating thrown on the streets

At least 15 have died allegedly after eating poisoned chicken in Kannamangala.

Bella, a one-and-half-year-old indie, died on January 22, after she ate cubes of ‘green’ chicken, tossed on the ground outside her home. Following her death, several other dogs and strays have fallen ill in the surrounding areas. Additionally, two pet dogs are currently undergoing treatment.

Ashimitha told Bangalore Mirror about how Bella fell ill. “After she ate the chicken, she began throwing up and we took her to the vet. The doctor suspected she consumed a foreign object and started treatment for it. But, her health kept deteriorating and within a couple of days, she was gone. The doctor later told us he suspected it to be a case of poisoning.”

Ashimitha cautioned the parents of two other pets when they fell ill. “They shifted their pets to the hospital and both are known to be recovering,” she added.

However, the link between the chicken and the dogs was discovered after Ashimitha noticed disappearing from the area. “There are a few chicken shops in the area that leave out the waste for dogs and I assumed Bella was eating that. However, on January 25, when we went out to check and discard the meat she ate, we got talking to a few locals. They informed us that they had found dead strays, one day after another in the area,” she said.

Anjali, another pet parent, whose 11-year-old dog was admitted in the hospital, said, “The doctor told us that it was likely to be a case of antifreeze poisoning, as all the three dogs had infection in the lungs.”

The doctor told us that it was likely to be a case of antifreeze poisoning, as all the three dogs had infection in the lungs

Anjali also claimed to have spotted decomposed bodies of stray dogs in the area.

Lakshminarayana, a security guard in a building in the same area claimed that he buried 11 dogs, including six puppies, after he found them dead three weeks back. “The dogs slowly started disappearing and I would find their bodies around here. Two such bodies were so badly decomposed, that I could not even touch or bury them. I have buried them all in the same plot. These dogs had severe breathing issues and were not eating anything when I saw them last,” he said.

Dr Pawan Kumar, vet from Cessna Lifeline Veterinary Hospital,in his discharge reports stated that the dogs had developed disseminated intravascular clotting, bleeding disorder with possible severe bleeding in lungs. He pointed out that acute onset of respiratory symptoms do indicate poisoning as one of the causes.

The Kadugodi police have registered an agaiant unknown person and further investigations are on.

An animal lover who was feeding the stray dogs at Mico Layout was abused and harassed by the residents who asked her not to feed the dogs. The residents are said allegedly attacked her with a wooden cane and chased her.

Reshma B, a resident of BTM Layout 2nd stage and a businesswoman, has filed a complaint with the Mico Layout police. She said that people are not aware of the rules and often end up fighting with pet lovers arguing that they cannot feed the strays. “I have been feeding the strays for seven years and this particular area. An old couple who live near the police station, took objection and asked me not to feed the dogs as they bark all night,” she said.

Reshma said she recorded their abuse and assault on her phone and submitted to the police along with complaint.

The Mico Layout police have registered a non-cognizable report and are investigating the case. Police said the accused residents had been called to the police station and advised them not to repeat the offence.

Latest Pets Up For Adoption At Fresno Area Shelters

Thu Feb 11 , 2021
Looking to add a furry friend to your family and have a positive impact on the world at the same time? Consider adopting a dog, cat or other kind of pet from a local shelter or organization. During the ongoing coronavirus pandemic, many pets are still looking for their forever […] 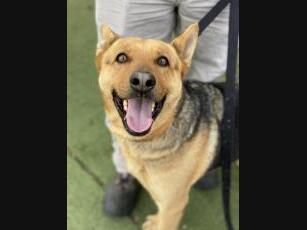