PHOENIX (3TV/CBS 5) — For some, a dog or cat will do just fine. But, how about adopting a pet that could live with you for 40 years or longer? The Arizona Game & Fish Department is looking for Valley families that would make good forever homes for their more […]

PHOENIX (3TV/CBS 5) — For some, a dog or cat will do just fine. But, how about adopting a pet that could live with you for 40 years or longer? The Arizona Game & Fish Department is looking for Valley families that would make good forever homes for their more than 100 resident desert tortoises.

Wildlife Education Outreach Coordinator Nancy Kreuder says many of these tortoises came to them because of illegal breeding, owners passing away, or were surrendered by owners due to age or moving. “We do not have unlimited room to keep all of them,” she said. That’s why the department is asking Arizona residents for help.

“Many people don’t even consider opening up their homes to desert tortoises,” Tegan Wolf, the director of the tortoise adoption program, said in a news release. “But they make fantastic and personable pets. It’s rewarding to hear stories from those who have adopted a captive tortoise and made them part of the family.”

Arizona Game & Fish says a desert tortoise will offer many of the same life lessons to children and provide just as much companionship and personality as dogs or cats.

The tortoises Arizona Game & Fish are of various ages and sizes, but on average, a captive tortoise can grow up to 14 inches long and live upwards of 100 years.

Arizona residents interested in providing an adoptive home should look at the Tortoise Adoption Program page on the department’s website and submit an online application. All applications will be reviewed, and  then you will then be contacted by the department.

In order to qualify as a tortoise adopter, you’ll need a securely enclosed yard. The department also requires that you construct a separate enclosure or burrow to protect the tortoise from potential hazards, such as a fire pit, an unfenced pool, or dogs. The enclosed area must include an appropriate shelter for the tortoise to escape Arizona’s extreme summer heat and a place for brumation — a seasonal period of inactivity similar to hibernation — during winter. The Game & Fish website also includes a guide on how to properly care for a desert tortoise, and instructions on how to build a proper tortoise shelter for your new pet to burrow.

AZGFD allows for one tortoise to be adopted per person, per household, but an additional tortoise of the same sex can be adopted if it is placed in a completely separate enclosure, as these reptiles can be territorial.

“One female tortoise living to 80 years old can produce more than 800 babies in her lifetime,” says Tegan Wolf. “This is why it is crucial that we work together to ensure that tortoises are not only placed in proper homes, but with responsible owners.”

Federal law prohibits desert tortoises from being transported across state lines. Wild tortoises are federally protected under the Endangered Species Act, which means they’re protected from being removed from the wild, touched, or harassed in any way. So, if you encounter one on a hike, camping trip, or road trip, appreciate them from a distance.

If you suspect someone is illegally breeding Sonoran desert tortoises, contact the Arizona Game & Fish Department’s Operation Game Thief hotline at 800-352-0700. Those submitting a tip can remain anonymous.

If you spot a desert tortoise crossing a busy road in a populated area, call the Arizona Game & Fish Tortoise Adoption Program hotline at 1-844-896-5730. The department will determine if the tortoise has escaped from captivity and needs to be reunited with its owner or placed in the adoption program. Tortoises that have been through the adoption program often, but not always, have small tags glued to their shell with a unique identification number. If a desert tortoise is encountered, AZGFD biologists want to know when and where. Email details and a photo (without handling the tortoise) to [email protected]

For more information about AZGFD’s Tortoise Adoption Program, or to provide a donation to help the department cover costs for tortoise food, shelter and medical expenses, visit www.azgfd.gov/tortoise.

A Saturday Read: The Best Pet Adoption Request Ever?

Sun Apr 11 , 2021
MIDDLETOWN, NJ –  This a story about Prancer. He’s a bit angry. However, he needs a little love and maybe it’s going to come from you. Regardless, Prancer is helping the great work at The Second Chance Pet Adoption League – they are a place to check out, so you can […] 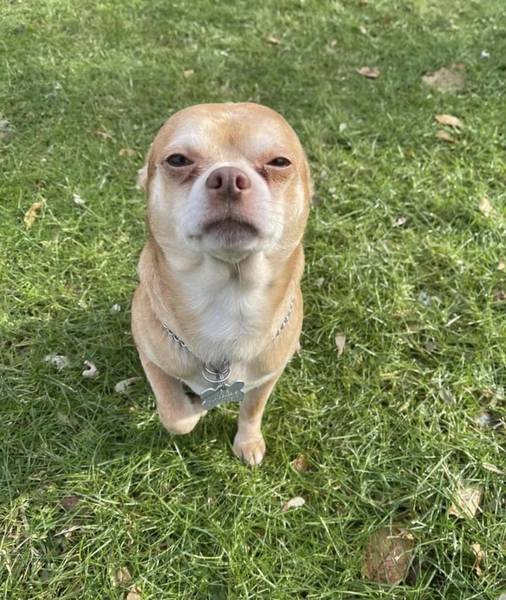