From misters and pools, to ice cubes and popsicles, zoo workers have several tricks they use to keep animals safe in this heat. APPLE VALLEY, Minn. — The heat can be hard on us at times but imagine wearing a winter coat on a hot 95-degree day. That’s the situation […]

From misters and pools, to ice cubes and popsicles, zoo workers have several tricks they use to keep animals safe in this heat.

APPLE VALLEY, Minn. — The heat can be hard on us at times but imagine wearing a winter coat on a hot 95-degree day.

That’s the situation many animals at the Minnesota Zoo are in right now.

One of the species zoo workers worry about most is the otters.

Even though the otters can cool down in the water, they still need a little help to keep cool in this heat.

“We have special pools we set out for them to lay down in. We give them ice cubes to eat and roll around in. We also have an indoor behind-the-scenes area that is temperature controlled that they can go into,” Minnesota Zoo animal curator Jamie Toste says.

And like a lot of us humans, Toste says the animals also enjoy a cool treat to help cool them down.

“We will give a lot of the animals ice cubes, ice blocks, popsicles, bloodcicles, things like that to snack on,” Toste says.

Many of the animals with thicker coats, like the tigers, have water in their habitats that they can lie down in.

If they don’t, zookeepers will bring in little pools so they can cool down.

“Sometimes, the water that’s already there may not be deep enough for them to immerse themselves and so we’ll add pools that are deeper for them to lie down in,” Toste says.

Some animals, like the caribou, also get large industrial fans that blow cool air.

“They can lay down next them and cool down, but most of the time the caribou and others will lay in the tall grass to cool down a little bit,” Toste says.

Some of the raptors like the owls will also get misters installed in their habitats so they can feel the effects of cooling water droplets on their bodies.

However, Toste says by far the most important cooling method they use at the zoo is the natural shade that is created by trees.

“A lot of the animals will just lay down in the shade and will sort of lay low for the day when it’s hot out,” Toste says.

“That’s why we want to make sure their habitat provides all of the resources that an animal needs.”

Toste says a lot of careful planning goes into these habitats so that the animals will be comfortable year-round.

She says the zoo has a special team of experts that decide which trees to plant in each habitat and also where to plant them so that the animals have plenty of shade to cool down in.

And lastly, if you’re worried about the penguins, don’t worry, they have the best seat in the house.

They have an indoor habitat that is kept at a cool 63 degrees year-round and they have plenty of room to swim around. They are good to go.

A happy tale of a cat who helps a dog

Tue Jun 15 , 2021
Chicoan Sarah Downs is a cat rescuer, co-founder of the Neighborhood Cat Advocates, catadvocatestnr.org, which focuses on trapping, neutering and returning feral cats or cats with no owner (with a caretaker assigned to feed them). Her children’s book, begun as a tribute to her father, is now part of a […] 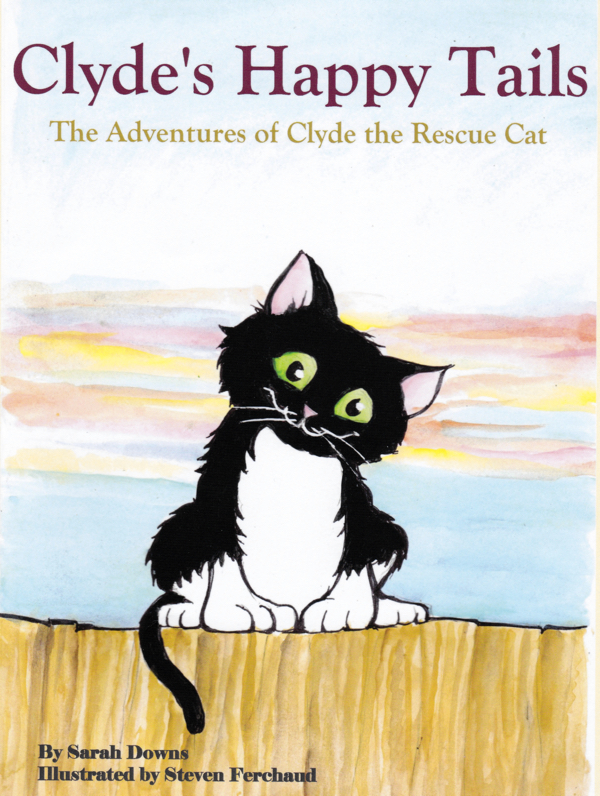