Millcreek Township native Steve Benacci made a buddy while serving in the military overseas. Efforts are being made to make that buddy a permanent part of Benacci’s family. A fundraising campaign has been launched to raise the money needed for Benacci, a captain in the U.S. Army currently serving in […]

Millcreek Township native Steve Benacci made a buddy while serving in the military overseas.

Efforts are being made to make that buddy a permanent part of Benacci’s family.

A fundraising campaign has been launched to raise the money needed for Benacci, a captain in the U.S. Army currently serving in Saudi Arabia, to bring home Tux, a mixed-breed male dog he has been fostering for an animal shelter in Saudi Arabia.

The two have bonded during the several months they have spent together, and Benacci’s family and others are now trying to bring Tux back home “where he can continue to be happy, safe and so loved,” Benacci’s wife, Christy Benacci, wrote in a recent Facebook post.

The Benaccis are currently living in Iowa but their families remain in the Erie area.

More:Noel, the miracle dog, survives vehicle crash and 21 days in the wilderness

The campaign seeks to raise $3,000 to properly vaccinate, quarantine, and transport Tux from Saudi Arabia to the United States and Benacci’s waiting family, according to information on the website of Puppy Rescue Mission, an organization created to help bring home dogs cared for and befriended by members of the military. The Erie Humane Society is helping to promote the fundraising effort for Tux on its Facebook page.

The campaign had raised $1,960 as of Monday afternoon, according to information on the Puppy Rescue Mission website.

Christy Benacci, who is an Erie native, said in a text message on Monday that it is her understanding that Benacci became acquainted with Tux after someone found a litter of four puppies. Tux is believed to be less than a year old.

Three of the dogs were quickly adopted, including one by a friend of Benacci’s, and the friend asked Benacci to foster Tux for the local animal shelter until a home for Tux could be found, she wrote in her text.

Two planned adoptions for Tux fell through, and then the COVID-19 pandemic hit and stopped any chance to find Tux a home, Christy Benacci wrote in her Facebook post.

She also wrote in the post that Tux has been there to keep Benacci company, and that Benacci has helped Tux flourish and “come out of his shell and become a good but crazy pup.” She wrote on Monday that they don’t know Tux’s specific breed but suspects he might have some border collie in him, based on his looks and on the way he tries to herd her husband around.

If Tux makes his way to the United States, he will join a family that includes the Benaccis’ two children, two dogs, two cats, and a horse. The dogs and cats are also rescues, Christy Benacci texted.

Benacci, who has been away from his family for two years, will hopefully return home during the summer, Christy Benacci wrote in her text. As for the prospect of her husband bringing home a new family member, she wrote that she loves it.

“I am so grateful that my husband has had company while being away from us for so long, and with COVID not being able to get leave to visit us as often as was planned,” she wrote in her text. “I think he was a much-needed companion and they both needed each other, maybe more than either of them knew!”

Those interested in helping in the fundraising effort can get more information at an online fundraising campaign: http://bit.ly/BringHomeTux.

Tue Jan 26 , 2021
The “mayor” of NYCHA’s Breukelen Houses — a chunky black and white cat named Tuxedo — was mauled to death by a pair of pit bulls egged on by their owners, and residents claim the NYPD isn’t doing enough to investigate, The Post has learned.  Tuxedo, who lived at the […] 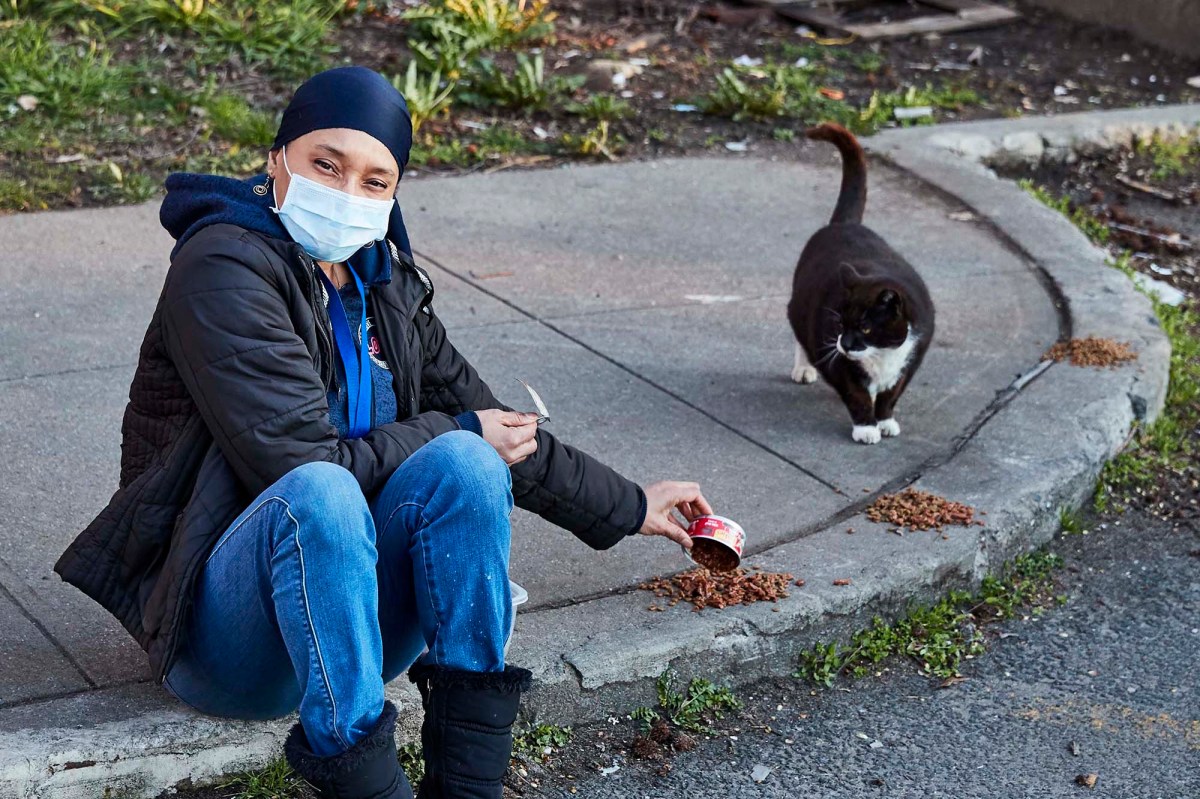