MAKINEN, MN– There’s a shelter on the Iron Range working really hard to move forward after some difficult years. Five months ago, Sara Matuszak got a phone call. Contented Critters, a 25-year-old animal rescue in Makinen, was in trouble. “I was contacted by one of the volunteers and said, things […]

MAKINEN, MN– There’s a shelter on the Iron Range working really hard to move forward after some difficult years.

Five months ago, Sara Matuszak got a phone call.

Contented Critters, a 25-year-old animal rescue in Makinen, was in trouble.

“I was contacted by one of the volunteers and said, things are really bad out here. Can you help?” said Matuszak.

This busy teacher, mom of four, and pet mom of seven didn’t hesitate to add “shelter board president” to that list.

She immediately got to work turning things around.

“We just started from the ground up,” said Matuszak. “We talked to other rescues and other shelters. We got a cleaning protocol. We got a veterinary protocol.”

They’ve come along way. Volunteers are tearing down the old, outdoor kennels, working to recycle the material into new dog runs.

The cat house, an outdated trailer home, needs to be retired.

They’re hoping to expand the main building to make room.

“Now it’s looking at really growing it and making it the place that it needs to be for animals,” said Matuszak.

That’s still a work in progress but they have had some successes.

That includes new partners, like Mutt Mutt Engine, a rescue from South Carolina.

They take pets from overcrowded shelters down south and drive them north, 23 hours on the road to a second chance.

“On this particular run we had 38 dogs and 10 cats,” said driver Robert Gibson.

The transport van arrives at Contented Critters on the first Saturday of every month.

The shelter took 13 dogs on the May trip.

“We’ve taken over 100 dogs and cats since we started in October with them,” said Matuszak.

Gibson said it’s hard to believe any of these dogs wound up in a shelter in the first place.

“It’s unbelievable to think that they were there, the personalities they have, how great they are,” he said.

“We’ve been very successful at adoptions and finding matches for pets,” said Matuszak.

They don’t just adopt dogs and cats at Contented Critters.

They also rescued a big pig named Howard, who had a porky problem.

Orphaned in a house fire, he was in bad shape when he arrived at the rescue.

“He was insanely obese and he had a lot of joint pain. He could barely walk when I got him and his eyes were super closed,” said Hailey Worth, a vet tech who adopted Howard from the shelter.

Worth brought him to her farm in Ely.

“He really worked his hinder off to get where he was,” said Worth.

Now living with two other pigs, some dogs, and a flock of birds, Howard is healthy and happy.

Matuzak said that’s the story they want to tell about all their animals.

“These are healthy, for the most part healthy, happy dogs that just need a second chance,” she said.

It’s a second chance the shelter needs too.

“Our dream is to clean up the entire property,” said Matuszak.

Contented Critters is on their way. Now they’re just looking for people to help.

You can donate money or time. If you have a skill, they can use it.

“We can find something for them to do to reach that vision of what we see as really, a place for animals to be comfortable and safe until they make that transition to their home,” said Matuszak.

In the meantime, they’ll be working hard at the rescue, caring for dogs, cats, and occasionally pigs.

It’s the little shelter that could in Makinen.

To see all the animals they have for adoption, or to help out, visit the Contented Critters website.

Fri May 14 , 2021
BATON ROUGE – A COVID pet boom is causing a ripple effect as life gets back to normal. Appointments to see a veterinarian are scarce after lots of people picked up pets to help ease the stress from lockdowns. In 2020 alone, the Perkins Road Veterinary Hospital doubled its amount […] 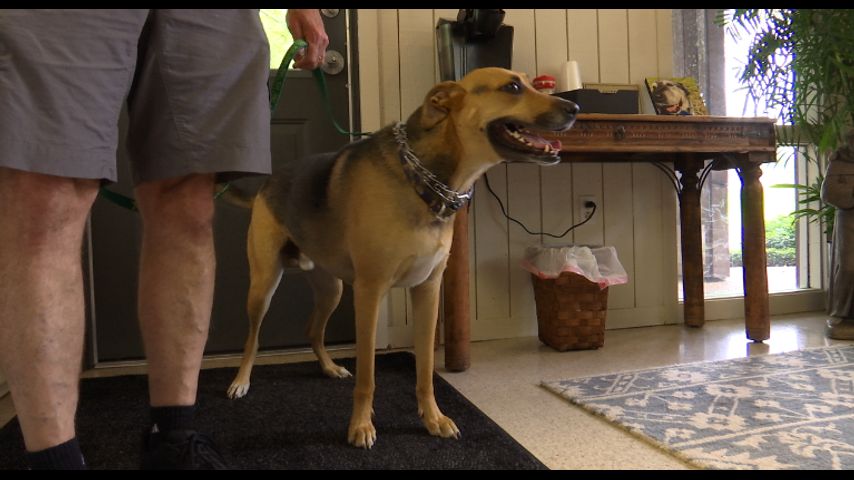