If anyone in the pet food industry still needed proof that humanization of pets was the foundation for the market’s ongoing growth, consider this: Results of a recent study show that the dietary routine of owners was among the top three reasons for why consumers chose certain types of dog […]

If anyone in the pet food industry still needed proof that humanization of pets was the foundation for the market’s ongoing growth, consider this: Results of a recent study show that the dietary routine of owners was among the top three reasons for why consumers chose certain types of dog food, particularly grain free.

Yet another study, looking at what dogs were fed by humans thousands of years ago, may show that sometimes current humanization can go too far: not necessarily considering the unique nutrition needs of dogs, nor the history and science of how our pets have evolved to eat the diets they consume today.

In the first study, the “Pet Food Consumer Habit Survey,” conducted by researchers at the University of Guelph in Canada (and supported by the Rolf C. Hagen Group), asked 3,300 pet owners from Canada, France, Germany, the U.K. and the U.S. where they get their information about dog food, where they buy it and the most important factors in their purchasing choices.

The high-level summary of the results: “Dog owners who are on gluten-­free, organic or grain­-free diets are likely to look for the same characteristics in the dry dog food they purchase.” And, feeding grain-free dog food was “common among pet owners who prefer ‘premium’ food; avoid grains or processed foods; follow vegetarian, vegan or ketogenic diets; or have strict diet routines.”

Specific to grain-free pet food, a little more 21% of respondents overall said “no-grain” claims influenced their buying choices. “Dog owners in Germany showed the highest preference for grain-free pet food at 30%, followed by 27% in the U.S. 22% in Canada and 8% in France,” said the study summary.

The fully published study includes many more interesting tidbits of information, including about the owners’ diets (more than 47% of respondents follow at least one dietary routine, with more than 5% in Canada, the U.S. and Germany following five or more routines), the overall feeding of their dogs (nearly all, 98%, feed something other than the main dog food—dog treats, tables scraps, fruits and vegetables—on a daily basis) and where they get information about pet food (veterinarians, online resources, pet store staff, friends and family, ads, breeders, other, animal shelters—in that order, with pet food companies coming in dead last at just 5%).

That last data point should give everyone in the industry some pause.

In terms of pet owners’ own dietary routines, the third-ranking choice of this survey’s respondents was high-protein, at nearly 10% (9.7%), falling behind only low-sugar or sugar-free at 12.9% and low-fat/low-calorie at 11.5%. We can’t know if the consumers following a high-protein diet eat only or mostly animal-based sources of protein, but it’s likely a safe assumption.

It’s also not clear from the published results if those pet owners are more likely to seek animal-based proteins for their dogs, but among the 90% who look for specific protein sources in dog foods, nearly all sources chosen were animals. (Just 3.2% chose “vegetarian/vegan diet.”) This seems to align with the ongoing popular perception—and marketing position of some dog foods—of dogs being carnivores (they’re actually omnivores) needing to eat high levels of meat “as they would in the wild.”

A second, recently published paper sheds an interesting light on this belief. In this study, a team of researchers in Spain looked at “Dogs That Ate Plants: Changes in the Canine Diet During the Late Bronze Age and the First Iron Age in the Northeast Iberian Peninsula.” The paper appeared in the Journal of World Prehistory—not necessarily where you would expect to find research on dog or cat nutrition! We can thank Linda Case of “The Science Dog” blog for uncovering the study and providing an insightful overview and analysis.

A key highlight was that humans seemingly prepared diets for their companion dogs starting between 2,500 and 3,000 years ago, thus possibly debunking the perception that all dogs used to fend for themselves in the wild until more recent domestication. As Case explained, the research “is suggestive of intentional preparation and feeding of a particular diet, rather than reflective of dogs consuming indiscriminately provided or scavenged human food scraps.”

It’s also telling that the composition of these intentionally prepared dog diets varied. “The isotope data for this group of dogs showed highly varied diets, with some dogs consuming a high proportion of plant-based proteins, while another set of dogs was fed a largely carnivorous diet very high in meat,” Case wrote.

The choice of diets seemed to be based on activities and roles of the humans, as well as their relationships with the dogs and how the dogs were used, she added. For example, a working dog—one “herding or guarding sheep/goats or pulling loads,” Case said—was fed a diet high in “readily available calories” via grains, while a “high-status” dog was fed a “more highly valued diet,” or one high in meat. Such a dog was likely a companion to someone with higher social status, like a trader. As Case put it, these dogs may have been the very first pampered pets!

So, it seems that dogs have not always consumed high levels of meat; and in fact, the current focus on plant-based proteins (for people and pets), often for sustainability reasons, is not necessarily a hot new trend. No matter what, it all goes back to the dog’s nutritional needs.

Thu Jun 10 , 2021
Want to add to your family and do something good for the Pawtucket community at the same time? Adopt a dog, cat or other kind of pet from a local shelter! During the coronavirus pandemic, many pets are still looking for their forever homes and animal shelters still working to […] 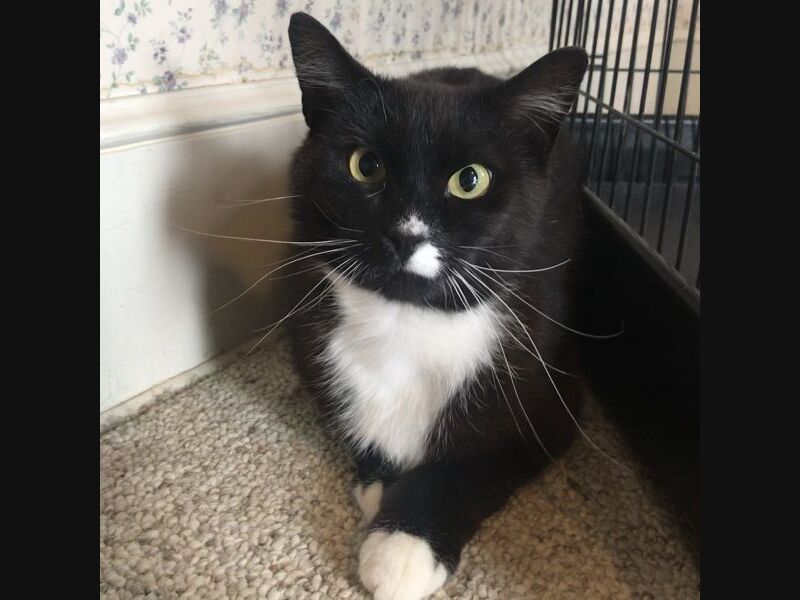