Animal Planet’s annual Puppy Bowl, now in its 17th year, gives viewers the chance to soak in some seriously cute pre-football fun. Whether you’re Team Ruff or Team Fluff, the outcome doesn’t really matter in this game — with so many adorable, adoptable players on-screen, everyone’s a winner here. If […]

Animal Planet’s annual Puppy Bowl, now in its 17th year, gives viewers the chance to soak in some seriously cute pre-football fun. Whether you’re Team Ruff or Team Fluff, the outcome doesn’t really matter in this game — with so many adorable, adoptable players on-screen, everyone’s a winner here. If you are wondering how to adopt this year’s Puppy Bowl puppies, which come from shelters across the Northeast, Discovery.com will share all the details during the game on Feb. 7.

There is a catch, though. Because the network films the game in advance, many of the dogs may have already found a home by the time you tune in — not too surprising considering how cute they all are. Not only does the Puppy Bowl boast a 100% success rate in helping pets find their “forever homes,” but there has also been an overall surge in pet adoptions over the last year in response to the pandemic, as the AP reported. That means there could be even more competition than usual when it comes to adopting these pups.

Of course, even if the pup that catches your eye on game day is already adopted, you can still pursue your dreams of adopting a pet — whether it’s from one of the 22 shelters participating in the Puppy Bowl or a shelter close to you.

In the meantime, the Puppy Bowl promises a heartwarming display of athletics. As People reported, several of the players are puppies with special needs, like Jett from Team Fluff, a Labrador retriever/German pointer mix born without two front legs. Pets with Disabilities in Maryland helped Jett learn how to walk and jump with a wheelchair, so get ready to see him dominate the field.

Over on Team Ruff, Rumor is an American Staffordshire terrier/Australian cattle dog mix who was born deaf. But that won’t keep this pup from competing with her fellow athletes to the fullest — rumor has it that she’s already learning hand signal commands at 20 weeks, according to People.

Just like the Super Bowl, the Puppy Bowl will come with a halftime show of its own. Martha Stewart and Snoop Dogg will host the Bowl, and when the pups take their mid-game break, cat people can rejoice with the Kitty Half-Time Show. Helmed by DJ Grand Master Scratch, a senior rescue cat, you won’t want to miss it.

Sun Feb 7 , 2021
WAUSAU, Wis. (WSAW) – Central Wisconsin is just now experiencing the most extreme cold it has seen all winter. Threats of frostbite among other things has residents bundling up more than usual and limiting time outdoors. But it’s also important to be conscious of how the cold affects pets. The […] 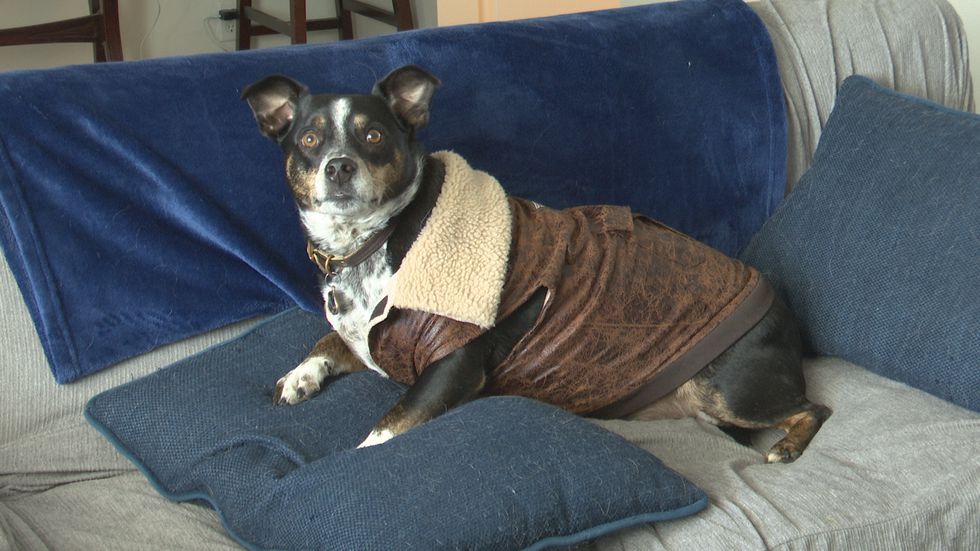