Pandas and horses and dogs, snow my! Animals large and small across the U.S. are taking advantage of the first major snow storm of 2021. As people sheltered indoors in the Midwest and Northeast, animals were caught on camera frolicking in the wintry conditions. On Sunday, giant pandas Mei Xiang […]

Pandas and horses and dogs, snow my! Animals large and small across the U.S. are taking advantage of the first major snow storm of 2021.

As people sheltered indoors in the Midwest and Northeast, animals were caught on camera frolicking in the wintry conditions.

On Sunday, giant pandas Mei Xiang and Tian Tian at the National Zoo in Washington, D.C., went viral on social media after security footage captured the iconic bears rolling and somersaulting in the snowy grounds of their enclosures. Both pandas could be seen sliding down a hill on their backs.

In one video, a pair of black horses in Idaho on Monday were seen prancing around their fenced enclosure and covering their bodies in white.

One golden retriever in Maryland even tried to make snow angels.

NBC News meteorologist Bill Karins said the nor’easter was on track to become the biggest snowstorm for the tri-state area in five years. The winter storm has already projected up to 2 feet of snowfall, and blizzard-like conditions across the Northeast.

Karins said the National Weather Service’s New York office forecast has called for 21 inches in Central Park, which would tie it for the fourth largest snowstorm in New York City’s history.

In a photo series, the National Zoo tweeted on Sunday: “He took a little nip of the fresh powder.”

Xiao Qi Ji was the first baby panda the zoo has had in five years. His Mandarin Chinese name means “little miracle.”

Wilson Wong is a breaking news reporter with NBC News. 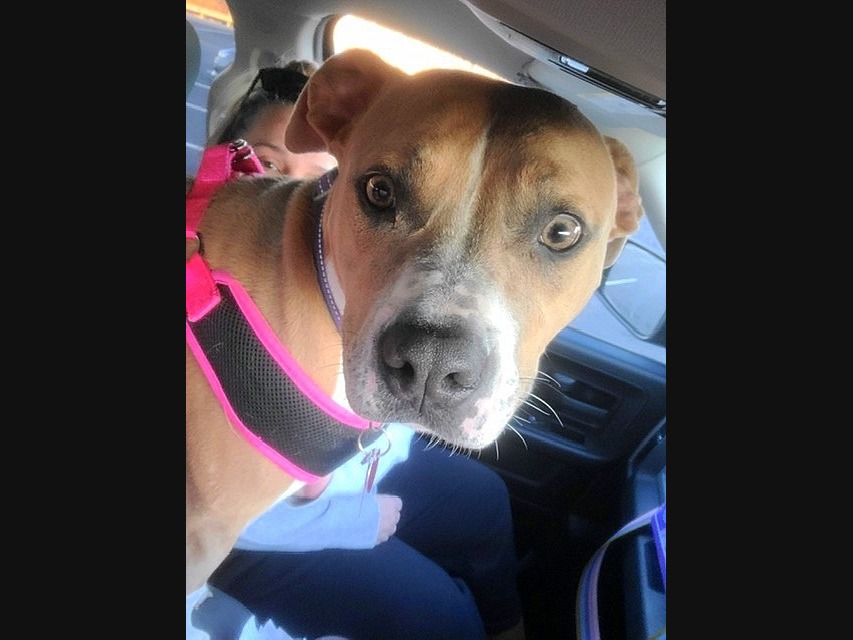