Video has emerged of an escaped zoo leopard entering a residential property in east China before being chased away by a family dog. The big cat is one of three that escaped from Hangzhou Safari Park last month. The zoo kept the incident secret for nearly three weeks, and only […]

Video has emerged of an escaped zoo leopard entering a residential property in east China before being chased away by a family dog.

The big cat is one of three that escaped from Hangzhou Safari Park last month. The zoo kept the incident secret for nearly three weeks, and only two leopards have been found so far.

Shanghai news portal The Paper said Wednesday that the leopard sighting was captured on a CCTV camera inside the courtyard of a home in Hangzhou, capital of Zhejiang province.

In the video, the cat can be seen walking across the unroofed area of the property before lying down in a corner. Before long, the family’s black-furred dog approaches and appears to have a brief stand-off with the much bigger animal.

The animals do not seem to attack each other, but the family dog seems to frighten away the two-year-old leopard, which had been born in the local zoo and bred in captivity.

The leopard later runs back across the courtyard and escaped over a high wall, bringing down several tiles in the process, the video shows.

While it was not possible to tell from the video which of the three leopards it was, hope remains that the animal spotted was the elusive third cat.

Hangzhou Safari Park said a staff handling error led to the escape of three juvenile leopards on April 19, the city’s deputy mayor told reporters on Monday. It did not admit its mistake until late last Friday—after members of the public had spotted big cats roaming nearby villages.

One of the cats was captured two days after its escape on April 21, but the second was not found until last Saturday. The third is still unaccounted for after more than three weeks.

Zoologist Zhang Jinshuo, who is affiliated with the Chinese Academy of Sciences, told China’s state broadcaster CCTV this week that he feared for the missing leopard’s well-being.

The juvenile cat has no wilderness survival skills and could be in hiding or even dead, Zhang said.

A search party involving thousands of personnel, hundreds of high-tech drones and hunting dogs had yet to report any traces of the animal at the time of publication.

Of the two leopards recaptured by Hangzhou Safari Park, the first is fit and healthy, but the second is still recovering from an injured hind paw, local media said.

On Wednesday, Xu Aichun, an expert with the College of Life Sciences at China Jiliang University, said he found undigested bamboo leaves and fur during an examination of the cat’s scat the day before.

Xu told the city’s Hangzhou Television this suggested the leopard had either killed a small animal such as a rat or found and ate a dead animal while missing from the zoo.

Thu May 13 , 2021
TUCSON, Ariz. (KGUN) — Nikki Reck with the Pima Animal Care Center says she needs your help. The center has taken in 674 animals in the last seven days. “We prepare for it but we never know how bad it’s going to be. We have kitten season, which is happening, […] 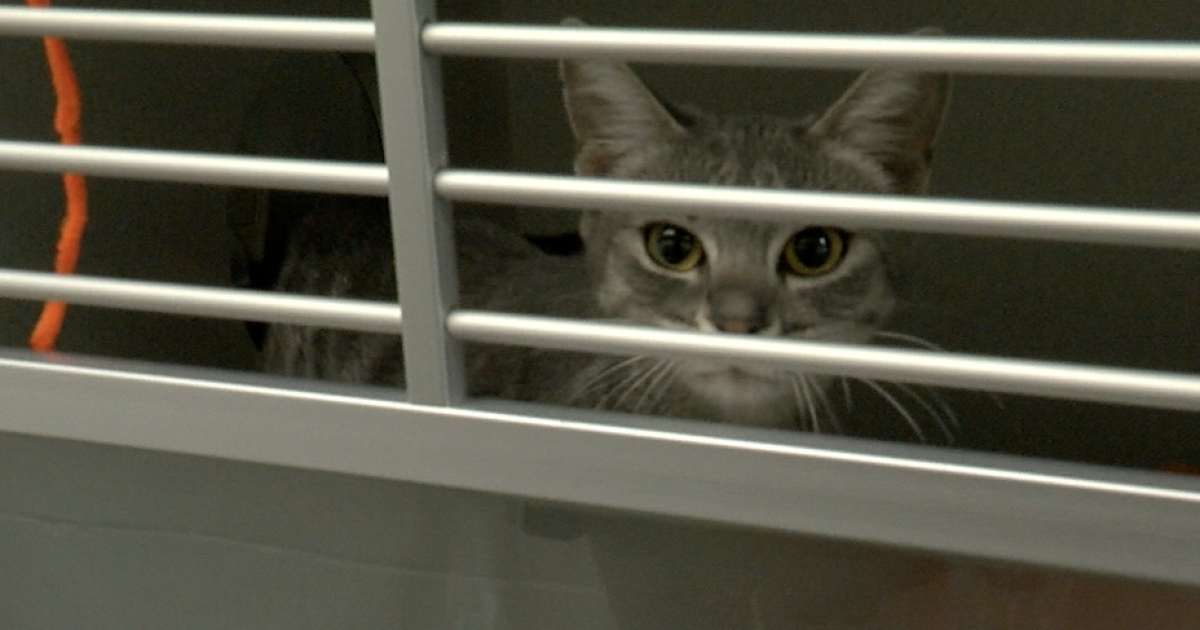