COUNCIL BLUFFS, Iowa (WOWT) – More than two dozen small animals have been seized from a Council Bluffs home and the owner appealed to get some of them back. Animal control claims that’s a bad idea and the pets should be adopted out instead. Pet owner Denise Vacanti says conditions […]

COUNCIL BLUFFS, Iowa (WOWT) – More than two dozen small animals have been seized from a Council Bluffs home and the owner appealed to get some of them back.

Animal control claims that’s a bad idea and the pets should be adopted out instead.

Pet owner Denise Vacanti says conditions are changing and the family pets should be allowed to live with her again.

”Because I care for them, they’re cared for, they’re never neglected or abused, or they never go hungry,” said Vacanti.

Uncaring is how animal control describes photos of unsanitary conditions in Denise’s home a month ago.

“There are feces and urine and full litter pans throughout the house,” said Galen Barrett, Animal Control Chief.

Denise says 18 cats seized were being adopted out to others and the city will keep those until new homes are found.

“I’m not a hoarder, I take on more than I can chew sometimes,” said Vacanti.

She claims four cats, a dog, a turtle, and three geckos are a part of the family and should be returned. Since getting help her home now meets the city living stands for people and pets.

“I’m very fearful what next time is going to look like,” said Barrett.

Denise and her family have most of their pets back home on Thursday, because she received a civil citation and not a criminal under Iowa’s forfeiture law, the city couldn’t keep the animals.

Return of the pets came with a price, Council Bluffs animal control charged $2,300 for impound and boarding fees plus the cost of inserting identification chips in the cats and dog.

Denise Vacanti says donors provided half the money and needs almost $450 more to obtain release of the three geckos and her son’s turtle.

Sat Apr 17 , 2021
You’d think feeding your pet would be simple enough. But actually, mealtime is deceptively complex, and doing it right is an important part to being a good pet parent. The PetSafe Healthy Pet Simply Feed Programmable Dog & Cat Feeder promises to remove the guesswork and remembering parts of mealtime […] 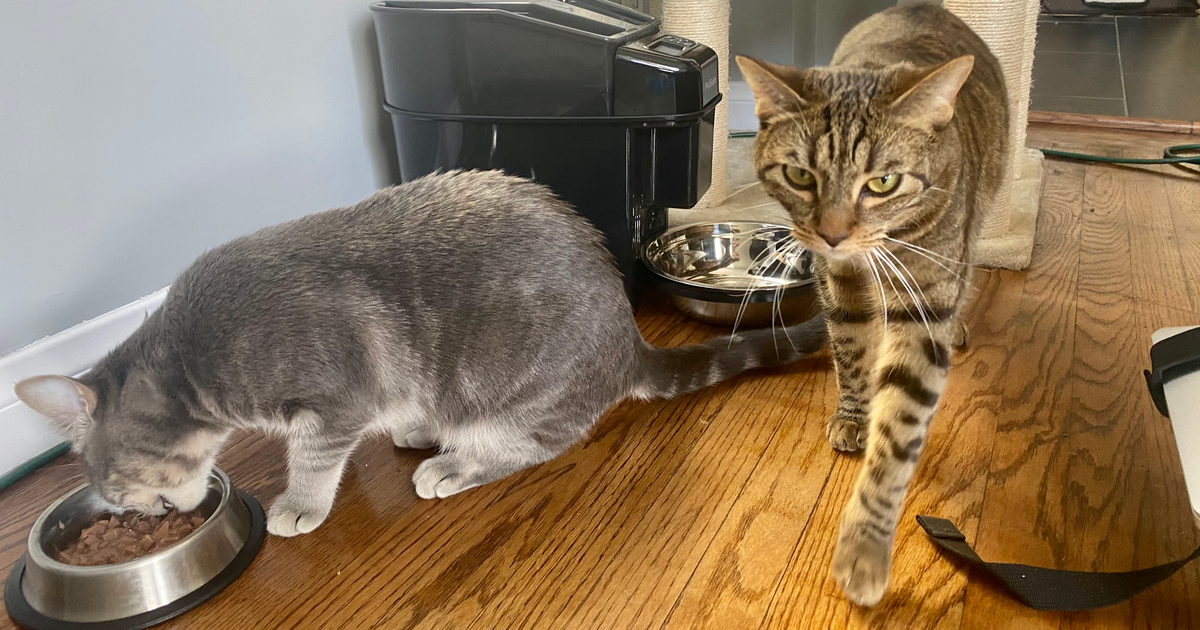