How to stop your cat killing mice: Playing with your pet for just FIVE MINUTES a day and feeding them meat-rich foods can deter them from hunting wildlife, scientists say Experts from Exeter recruited 219 cat-owning households in southern England They divided the cats into three groups, each of whom […]

How to stop your cat killing mice: Playing with your pet for just FIVE MINUTES a day and feeding them meat-rich foods can deter them from hunting wildlife, scientists say

By Ian Randall For Mailonline

Fed up with kitty bringing home ‘little presents’? Playing with your cat and feeding them meat-rich foods can deter them from hunting wildlife, a study has found.

Researchers from Exeter, however, have demonstrated that there are some simple strategies that can help temper Mr Tiddles’ murderous impulses.

These include ensuring that cats get all the micronutrients they need from their human-provided diet, so that they are not driven to seek extra food.

It is also important to ensure cats lead enriched lives and have opportunities to explore their natural hunting impulses through play with toys.

Fed up with kitty bringing home ‘little presents’? Playing with your cat (like with a feather wand, pictured) and feeding them meat-rich foods can deter them from hunting wildlife

‘Keeping cats indoors is the only sure-fire way to prevent hunting,’ said paper author and ecologist Robbie McDonald of the University of Exeter.

However, he added, ‘some owners are worried about the welfare implications of restricting their cat’s outdoor access.’

‘Our study shows that — using entirely non-invasive, non-restrictive methods — owners can change what the cats themselves want to do.’

In their study, Professor McDonald and colleagues monitored 355 cats from 219 households in the southwest of England over the course of twelve weeks, testing interventions that included dietary changes, play and puzzle feeders.

The team found that feeding the cats diets rich in meat-derived proteins reduced the number of prey the animals brought home to their humans by 36 per cent.

‘Some cat foods contain protein from plant sources such as soy,’ explained paper author and feline ecologist Martina Cecchetti, also of the University of Exeter.

‘It is possible that despite forming a “complete diet” these foods leave some cats deficient in one or more micronutrients — prompting them to hunt.’ 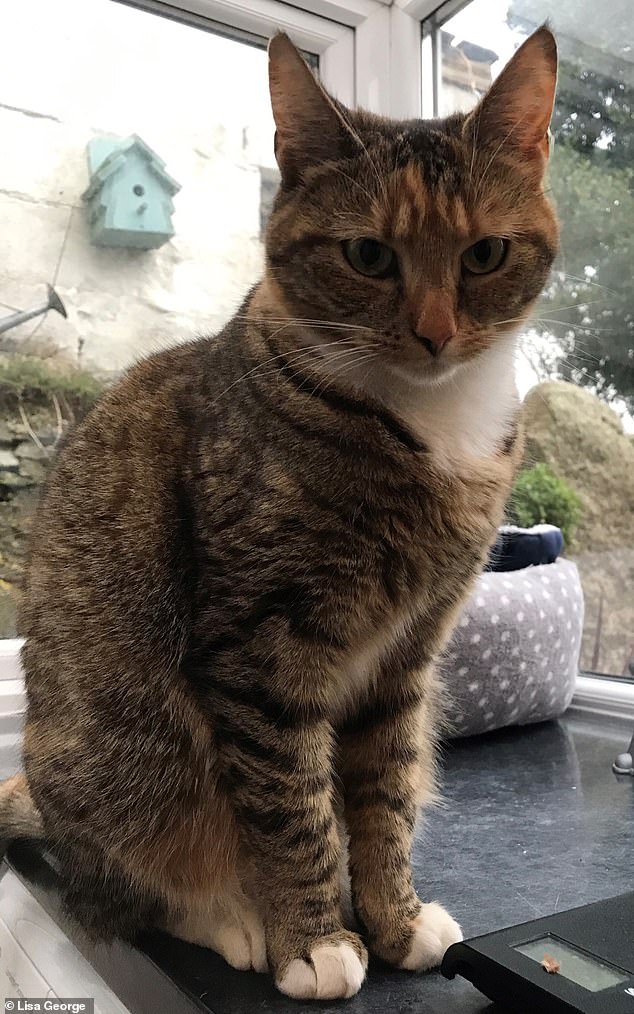 ‘Our study shows that — using entirely non-invasive, non-restrictive methods — owners can change what the cats themselves want to do,’ said paper author and ecologist Robbie McDonald of the University of Exeter. Pictured, Minnie, one of the cats in the study

In the ‘play’ cohort of cats, owners were encouraged to play with their cat using a feathered wand toy that the felines could stalk, chase and pounce on.

After each play hunting session, the owners gave their pets a mouse-like toy to play with, allowing the cats to mimic a real kill.

The team’s findings revealed that as little as 5–10 minutes of such play each day reduced the cat’s predation levels by around a quarter.

Puzzle feeders, meanwhile — from which cats can recover treats through play — did not seem to have the desired effect, however. In fact, for reasons that the team say are unclear, they seemed to encourage cats to bring home more play.

One reason for this may have been the relatively short duration of the study, the researchers proposed, with there being the possibility that the owners and their cats hadn’t managed to fully adapt to using the feeders yet, leaving the cats hungrier.

With their initial study complete, the team are now hoping to find ways to further reduce cat predation, such as by exploring whether the addition of micronutrients to cats’ diets could reduce their hunting levels without extra meat.

‘We also plan to investigate whether different kinds of play have different effects and whether combining strategies can reduce hunting even further,’ said Ms Cechetti.

The full findings of the study were published in the journal Current Biology.

THE EVERYDAY PLANTS THAT COULD KILL YOUR CAT

If you suspect your cat has eaten a poisonous plant, contact your vet immediately. Don’t wait for signs of illness to appear as by then it could be too late to save your cat.

PLANTS THAT ARE TOXIC TO CATS

If you think your cat has been poisoned, contact your vet immediately. Don’t wait for signs of illness to develop.

Signs of poisoning can include (but are not limited to)

If you can see the poisonous substance, take your cat away from it and then call your vet for advice.

They may want to see your cat immediately. Making your cat sick may not be helpful.

If you have evidence of what your cat has eaten, take a sample to the vet. Even a sample of vomit may help diagnosis, particularly if it is an unusual colour or contains plant matter.

Thu Feb 11 , 2021
Want to add a new member to your family and do something good for the East Windsor community at the same time? Adopt a dog, cat or other kind of pet from a local shelter! Amid the ongoing coronavirus pandemic, many animal shelters are still working to find forever homes […] 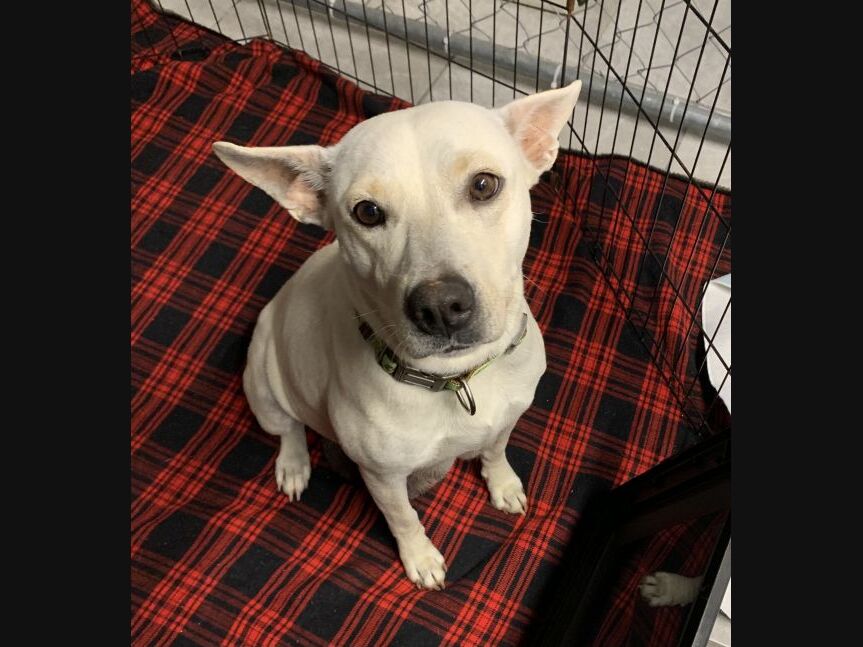