Residents of a Scarborough neighbourhood are fearful of a coyote in their midst.

As local media reported last week, a small dog was bitten in the area of St. Clair Ave. E. and Warden Ave. Many have spotted the animal and feel threatened by how bold the coyote is around people.

But there’s another side to this story.

Although it’s easy to sympathize with residents, it’s people who have created a problem with the wild dogs.

Coyotes live everywhere in North America and Central America. They are smaller than wolves  (the average male weighs between 9 and 20 kilos) and look like dogs — a tell-tale feature is that their tails lie flat to their backside.

Here in the GTA, coyotes eat rabbits, squirrels, rodents and other small mammals. The animals will go after a cat or small dog, as they don’t differentiate between wild and domesticated edibles.

We apologize, but this video has failed to load.

But biologist Nathalie Karvonen, director of the Toronto Wildlife Centre, says coyotes are “afraid of people and would rather be left alone.”

In a recent TWC press release, she wrote about the Scarborough coyote and the importance of not feeding wildlife.

For years, Karvonen and other animal protection groups have begged the public to stop feeding wild animals in the GTA.

Feeding the animals erodes their natural fear of humans and creates exactly the kind of situation that has unfolded in Scarborough. The area is bordered by ravines and the huge green space of Pine Hills Cemetery. Wildlife abounds.

Sadly, Karvonen says cemetery staff and TWC volunteers have witnessed multiple people feeding the tagged male coyote in question (part of a study undertaken by the Ministry of Natural Resources).

And there are indirect sources of feeding, said Karvonen, including “food from overflowing garbage, food left out for a feral cat colony, food left in the cemetery at gravesites, and some residents who are leaving food out for coyotes thinking it will prevent them from eating their outdoor cats.

An easy meal — that’s what encourages coyotes and other wild animals to come near humans.

So the Scarborough coyote problem has been created by people, and now people are clamouring for the animal to be removed or put down.

Instead, the TWC, the City of Toronto, Coyote Watch Canada, and the Ministry of Natural Resources and Forestry will work together and attempt to retrain the coyote to resume normal wild behaviour. It’s a big undertaking.

But the animal’s behaviour can only be changed if the feeding stops.

People need to secure their garbage and to stop feeding feral cats, chipmunks, raccoons and whatever else catches their anthropomorphic eye.

Your daily bag of bread crusts for the pigeons is also feeding rats; throwing that bread into ponds for ducks and geese is destroying their migration instincts and killing them.

The feeders and photographers who continue to leave food for wildlife are also breaking a bylaw.

We apologize, but this video has failed to load.

Karvonen believes they should be fined and prosecuted “for the problems they have caused in this community for people, pets and for the coyotes.”

Karvonen is not diminishing the experience of those who have encountered the coyote —- she knows people are afraid. But she does want to set the record straight: This ain’t Cujo.

Coyotes are not vicious animals, they don’t have rabies and they almost never attack people (although those rare attacks are associated with feeding).

“We will be happier if we learn how to live with and appreciate the wild animals who live among us,” said Karvonen. “They were here long before we were.”

Sign up to receive daily headline news from the Toronto SUN, a division of Postmedia Network Inc.

Thanks for signing up!

A welcome email is on its way. If you don’t see it, please check your junk folder.

The next issue of The Toronto Sun Headline News will soon be in your inbox.

We encountered an issue signing you up. Please try again 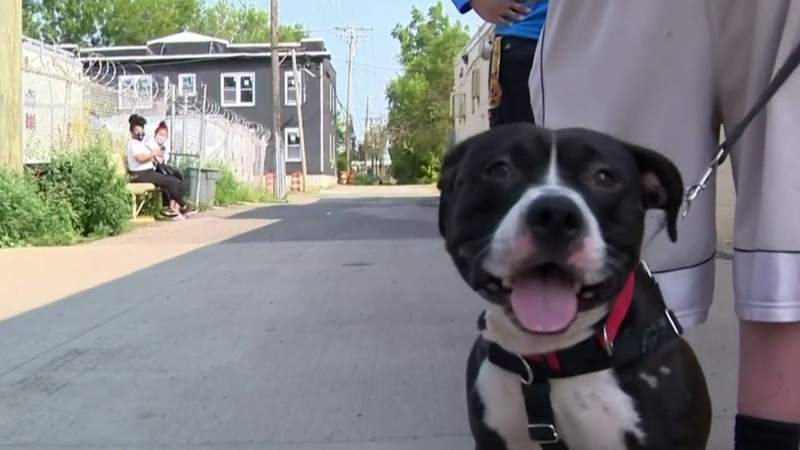