As coronavirus vaccinations increase and cases wane in Central Texas, the Austin Animal Center has seen the number of dogs and cats the shelter houses now returning to pre-pandemic levels, leaving little kennel space. Last weekend, the shelter announced it was facing a space crisis and needed at least 100 dogs to be adopted. While […]

Last weekend, the shelter announced it was facing a space crisis and needed at least 100 dogs to be adopted. While the shelter hit its goal with 117 adoptions, they received 105 more animals between Friday and Sunday, shelter spokeswoman Jennifer Olohan said.

The shelter was able to reach its adoption goal during the weekend partly because it opened at 100% occupancy for the first time in over a year. During the pandemic, the shelter had been open by appointment only, leading to weekends where only 20 animals were adopted, Olohan said.

But even with adoption rates increasing with a return to normal occupancy, the number of animals the shelter is taking in is still high. The shelter saw roughly 80 stray animals come in over the weekend and about 22 that were owner surrenders.

“That’s definitely still a big part of it,” Olohan said of the surrenders.

Pet surrenders have spiked recently at the shelter as the end of eviction moratoriums near. The moratoriums began last year as the pandemic led to job losses and furloughs across the country.

In April, Travis County Judge Andy Brown and Austin Mayor Steve Adler extended their eviction moratorium orders to last until Aug. 1. But as of June 1, Austin and Travis County landlords can issue a notice to vacate to residents who have not paid rent for at least five months and have exhausted all assistance remedies.

However, a federal order from the Biden administration will protect residents through the end of June. President Joe Biden in February also extended a ban on housing foreclosures to June 30.

A return to “normal” activities also has led people to return to the pre-pandemic habit of bringing stray animals or pet surrenders to the shelter before trying to find their owner or replacement homes for them, Olohan said.

“People are back to using the shelter as a first resource which is what we need people to really not do,” Olohan said.

The shelter was less of a “first stop” during the pandemic, Olohan explained. People were more inclined to track down microchips and knock on doors when they found a stray animal.

More:During pandemic, your new dog has missed out on socializing

The shelter on Friday said it needed adopters in order to keep its “no-kill” status as a shelter that does not euthanize animals. If the shelter had no adopters and no space, it could either stop taking in animals or begin euthanizing animals to decrease the shelter’s population.

“We don’t ever want to be in that position. I don’t even want to talk about going down that road,” Olohan said.

“Ten years of never having to do that would be really devastating for everybody,” she said.

Even if the shelter acquired more space for animals in the future, it may not be the best solution.

“The general opinion tends to be that the more room we have, the more animals we’re going to have. We’re always going to be in this situation,” Olohan said.

The public should only consider bringing animals to the shelter when it’s the last resort, she said.

Wed Jun 9 , 2021
Want to add to your family and do something good for the world at the same time? Maybe it’s time to adopt a pet! Amid the COVID-19 pandemic, animal shelters in Lemont and environs have dogs, cats and other animals ready and waiting to be adopted. Across Illinois, there are […] 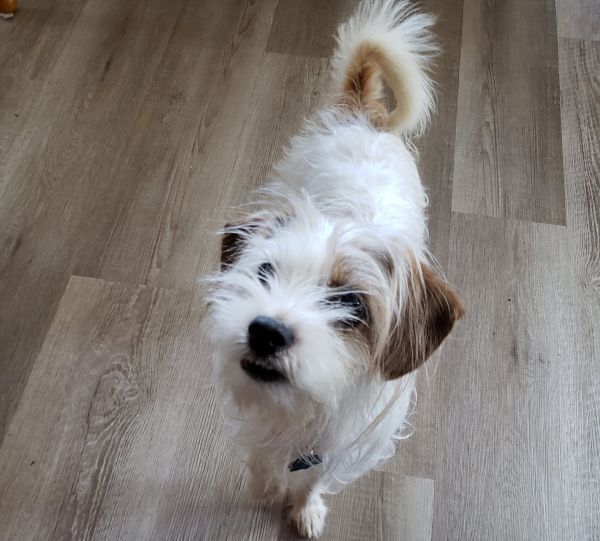