Now, nearly a year later, shelters are welcoming potential adopters — either by walking in or making appointments — and experiencing record adoptions. Paws and Claws Rescue & Resort in Hackensack started off 2021 by celebrating its 1,000th adoption after three and a half years of operation. Sibling dogs Bonnie […]

Now, nearly a year later, shelters are welcoming potential adopters — either by walking in or making appointments — and experiencing record adoptions.

Paws and Claws Rescue & Resort in Hackensack started off 2021 by celebrating its 1,000th adoption after three and a half years of operation. Sibling dogs Bonnie and Clyde were adoptions 999 and 1,000.

Teddy, a chow-mix from Texas, arrives Thursday, March 11, at the Babinski Foundation Animal Shelter in Pequot Lakes. Teddy had been attacked by a pig in Chambers County, Texas, leaving him with severe lacerations on the face and took about a month to recover from his injuries. Kelly Humphrey / Brainerd Dispatch

“We were hoping to do it in 2020 before the turn of the year, but that’s how we started off 2021,” Operations Manager Jessie Gearns said during a phone interview. “… We’re in Hackensack. That is a small area. We’ve adopted to several states, but for Hackensack that’s a pretty big deal. We realize that our numbers compared to big animal shelters in the Cities or Duluth — it doesn’t compare to them, but for us, it’s a big deal.”

Adoptions were fairly steady at Paws and Claws throughout 2020, as the shelter toggled and back and forth between shutting its doors and opening to the public. Adoptions are done upon request, with customers filling out adoption questionnaires online and scheduling appointments to meet with specific animals.

Gearns said the shelter saw some influxes in adoptions after having shut down for a while and heard from adopters that they thought now would be a great time to get a pet because of the increased hours spent at home.

“And of course that makes us wonder, is the animal going to come back when they come back to work? But we haven’t seen any returns or anything,” Gearns said.

Donna Sutton had the same concern when she saw an uptick in adoptions at The Babinski Foundation animal shelter in Pequot Lakes.

But thankfully, the returns haven’t come.

“And our adoptions are still going crazy,” said Sutton, executive director of the shelter.

“When COVID first hit, we emptied the shelter,” Sutton said, noting The Babinski Foundation has space for 100 dogs and 100 cats. But keeping up with the COVID-19 demand was — and is — tricky.

“People are still wanting them, which I get,” she said. “People are isolated at home, working from home. We don’t have that connection with people like we used to have, and pets can fill that void. They can bring such great joy and companionship during the pandemic, and it improves emotional health and well-being.

A four-part survey by the American Pet Products Association reported similar findings in terms of adoptions and mental health effects nationwide for 2020.

Of the 2,007 people surveyed for the fourth wave of the pandemic pet ownership study in late November and early December, 10% reported they got a new pet as a direct result of the COVID-19 pandemic.

Seventy-three percent of those surveyed in late 2020 said they are spending more time with their pets during periods of social distancing and feel that time is helping to mitigate their stress. Results for the first three waves of the study were similar, at 71-74%. Sixty-four percent said they feel more bonded with their pets because of the pandemic.
Sutton hopes that extra close bond holds true for those who adopted from The Babinski Foundation, especially as the shelter gears up for several new inhabitants.

A busload of roughly more than 100 cats and dogs from Houston arrived in Pequot Lakes Thursday afternoon, March 11. Sutton has been working closely with childhood friends Tama Lundquist and Tena Lundquist Faust, who are co-presidents of Houston PetSet, a nonprofit working to end the homeless pet problem in Texas.

Sat Mar 20 , 2021
A rendering of a dog and cat statue that would be installed in Maurice Ferré Park as part of a proposed sculpture garden You might be a cat person or a dog lover—or neither if they are forced on you as large-scale sculptures. That is the case in Miami at […] 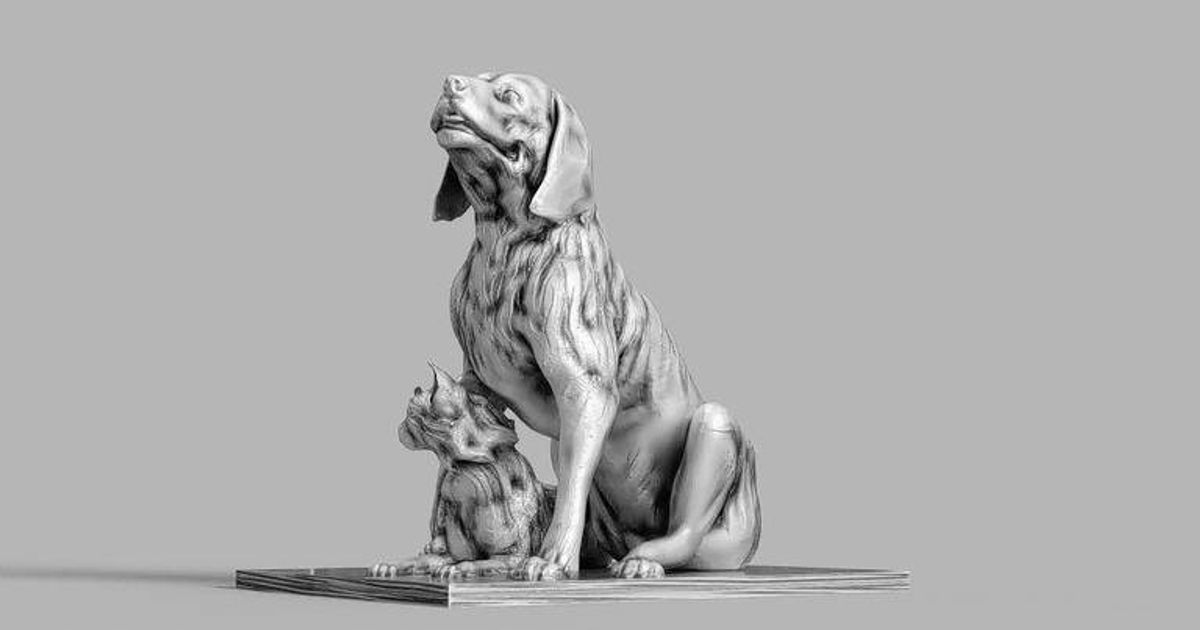