LAS VEGAS (FOX5) — Dogs are being abandoned in the Las Vegas Valley. One was left at a Henderson dog park, another was found roaming the streets in northeast Las Vegas. Their owners were tracked down and said they simply did not want them anymore. A year ago at the […]

LAS VEGAS (FOX5) — Dogs are being abandoned in the Las Vegas Valley. One was left at a Henderson dog park, another was found roaming the streets in northeast Las Vegas. Their owners were tracked down and said they simply did not want them anymore.

A year ago at the beginning of the pandemic, there was a pet adoption boom.

With people returning to work and others in difficult financial situations, pets are being left behind by their owners.

The Animal Foundation said there’s currently a wait time of about a week to surrender a pet, but the worst thing a pet owner can do if they don’t want them anymore is abandoning them.

“It’s a terrible situation to put a dog in,” argued Amanda Asuncion who found a small dog alone at the Bark Park at Heritage Park. Asuncion, a regular at the dog park, now calls the dog Ronnie.

“He’s a great dog. He’s a great little buddy to have,” Asuncion shared. Asuncion checked with everyone in the park. No one had seen the owners so she took him to get microchipped.

“They found the owners… They said something along the lines ‘Well do you guys want the dog, or can you take the dog my father can’t take care of it,’” Asuncion explained.

Asuncion can’t understand how anyone could abandoned a pet at a dog park and is angry someone could be so cruel.

“That’s supposed to be like your child right, like that’s your family, would you do that to your child?” she questioned.

Another abandoned dog was nearly killed while roaming the streets of Las Vegas.

“I saw him almost get run over and then he ran into a gas station, so we went and we picked him up,” Paris Tampke said, referring to the dog she rescued near US Highway 95 and Charleston. Tampke walked him through nearby neighborhoods asking everyone who he might belong to before checking his microchip.

“We got ahold of the owner, but they didn’t want him anymore, so they were going to send someone out here to get him euthanized because they said he was too old to deal with,” Tampke said.

After suggesting putting down the dog, the owner explained he became homeless and surrendered the dog to a shelter.

“Someone one else adopted him and we believe that they just left him after COVID-19,” Tampke stated.

“It’s sad because he’s so sweet and he’s so friendly I can’t imagine anyone putting down their dog just because they don’t want to deal with them,” Tampke said.

Gina and Mike Strebel saw a post on social media about the dog being abandoned at a park. One of their dogs recently passed away.

“Kind of left a big hole in our pack because we have two other dogs and I seen a picture of him on there and thought ‘my gosh that’s too perfect,’” Mike Strebel said.

There are resources to help if pet owners fall on hard times.

The Animal Foundation can help with food and sometimes even medical care.

Right now, money is being raised for Stewart’s veterinary bills.

Thu May 27 , 2021
Do you want to add to your family and give back to the Rocky Hill community at the same time? Maybe it’s the right time to adopt a pet! Despite the COVID-19 pandemic, animal shelters have dogs, cats and other pets ready and waiting for someone to take them home. […] 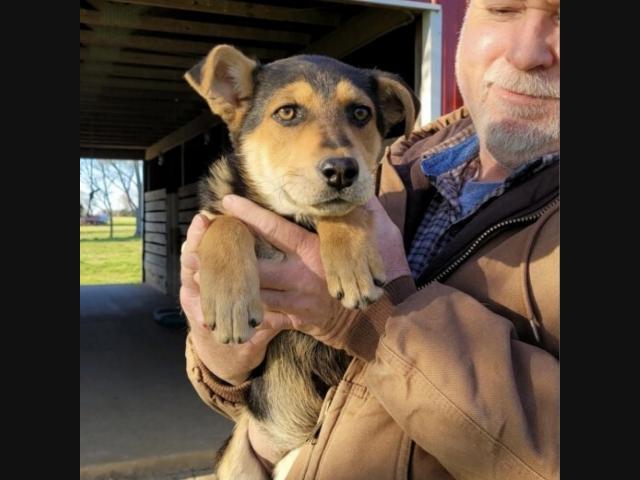