Cruz Pedregon has always had a soft spot for animals, and it’s led the former two-time Funny Car champ to become even more involved with a trio of Indy-based non-profit organizations. Pedregon is featuring Jenkins Forever Farm and Kanda Farm Sanctuary, a pair of sanctuaries that rescue animals, as well […]

Cruz Pedregon has always had a soft spot for animals, and it’s led the former two-time Funny Car champ to become even more involved with a trio of Indy-based non-profit organizations.

Pedregon is featuring Jenkins Forever Farm and Kanda Farm Sanctuary, a pair of sanctuaries that rescue animals, as well as Foster Fairies, on his 11,000-hp Snap-on Tools Dodge Charger Hellcat SRT during the 2021 season.

Their logos will appear in the rear window of Pedregon’s car, and as he heads into this weekend’s NGK NTK NHRA Four-Wide Nationals at zMAX Dragway in Charlotte, the veteran is focused on picking up his first Funny Car victory since the four-wide race in Charlotte in 2018 and raising awareness for three important organizations close to his heart.

“I’ve always felt like I was sympathetic toward animals and had this desire to help in that area,” Pedregon said. “I felt like it was my duty and my obligation, and something I wanted to do to support some of these organizations. It’s something that is close to me, and it always has been. We make a living getting sponsors for our racing and our cars, so this is a spot on our car where we can give back.”

Pedregon hopes it keys other NHRA Camping World Drag Racing Series stars to support organizations and charities near and dear to them as well.

Jenkins Forever Farm was started by Stacy Jenkins, who has been a key part of Pedregon’s racing organization for nearly 15 years, and the organization rescues farmed and exotic animals. They currently have more than 90 animals, including cows, alpacas, goats, and much more.

“We all get caught up in racing, and we all want to win, but things like this and organizations we care about, people should know about that as well,” said Pedregon, a 36-time event winner. “I want to encourage all racers to give back, and racing is the perfect way to give back, support, and shed light on areas we care about.”

Pedregon donates a certain percentage of winnings back to the non-profit organizations, which makes a victory even bigger for the longtime standout.

Of course, the veteran is eager to taste some success after last winning in 2018, and he’s built a solid foundation with new tuner John Collins. He came on board before the season, and Pedregon has made steady improvements, advancing to the semifinals at the season opener in  Gainesville. 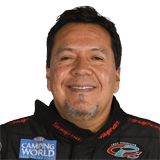 He qualified fourth in Atlanta before dropping a cylinder in a first-round loss to John Force, but coupled with his four-wide success and the team’s progression, Pedregon has high hopes for this weekend at zMAX Dragway.

“The guys are all ready to go, and Charlotte has been good for us,” Pedregon said. “I love the four-wide race in general and the uncertainty of everything. I love that challenge. We were right in the mix in Atlanta, but in the race with Force, we were down a cylinder the whole race.

“I said before the year it’s going to take four to five races to get this thing where [John Collins] will have a feel for the car, and I’ll have a feel for everything. We’re heading into the fourth race [of 2021], and I think we’ll be one of the cars to contend with this weekend.”

Checking in on pet returns on the Coast

Thu May 13 , 2021
After hearing many stories of shelters across the country receiving returns of pets that were adopted during the start of the pandemic, News 25 reached out to a local shelter. The Jackson County Animal Shelter has not had any returns of this nature that they are […]