Brenda Thompson’s yard in northeastern Los Angeles is an avian paradise. Hummingbirds, goldfinches, juncos, and crows, among other bird varieties, splash in her fountain, guzzling sugar-water and nibbling the seeds she sets out. Now and then a neighbourhood cat strolls along, and tries to go after and grab at the […]

Brenda Thompson’s yard in northeastern Los Angeles is an avian paradise. Hummingbirds, goldfinches, juncos, and crows, among other bird varieties, splash in her fountain, guzzling sugar-water and nibbling the seeds she sets out. Now and then a neighbourhood cat strolls along, and tries to go after and grab at the birds. Luckily, Thompson’s own cats, Cooper and Fizz, have no blood on their paws. That’s largely because Thompson has built them a $10,000 “catio” — a cat patio.

The wood-and-wire enclosure opens off Thompson’s dining room and loops around the back of her house, allowing Cooper and Fizz to get fresh air and feast their eyes on feathered visitors while ensuring they never get within pouncing distance. “We sit and watch the birds a lot from our deck — and now the cats can come and watch the birds as well,” Thompson says.

Each year, America’s roughly 58 million domestic cats kill an estimated 2.4 billion birds, according to the Smithsonian Migratory Bird Center and the U.S. Fish and Wildlife Service. Increasingly, bird conservation groups such as the Audubon Society and the American Bird Conservancy are promoting catios as a way to reduce the bloodshed.

Cat-lovers and bird-lovers aren’t natural allies, with feline bird predation historically a source of considerable tension, Portland Audubon conservation director Bob Sallinger says. “Cat and bird welfare groups had been at each other’s throats over this issue,” he says. But in recent years, catios have emerged as a solution both sides can agree on. “This is a way to address the conflict that’s humane and appeals to cat lovers and bird lovers alike,” Sallinger notes.

DIYers have been building backyard enclosures for cats since at least the 1980s, but as awareness of the environmental impact of free-roaming cats has grown in recent years, the need for a reliable solution became more apparent. More formal cat patios, designed and built to the specs of one’s house to ensure no inadvertent escape by the feline, have emerged as a popular solution. “People have really embraced it — it’s become part of the culture, and we’re seeing lots of them around town,” says Sallinger.

In some parts of the U.S., the structures have caught on so much that they’re a part of the local landscape and even an attraction for visitors. Portland Audubon has teamed with the Feral Cat Coalition of Oregon since 2013 to sponsor an annual walking tour highlighting the city’s 600-plus catios. Most years, the tour draws between 1,200 and 1,300 attendees; last September, the groups hosted a virtual tour with 700 participants paying between $15 and $25 to access professionally produced videos, 360-degree interactive panoramas of catio interiors, and live Q&As.

Wildlife groups now run similar tours in at least seven other cities, including Austin, Texas and Halifax, Nova Scotia. And more than two dozen small companies have sprung up to serve the burgeoning demand. Catio Spaces, based in Seattle, is one of them. Founder Cynthia Chomos has built around 300 catios since starting her business in 2013.

The enclosures can cost from $500 to $5,000. Materials, mostly wood, account for about half of that, Chomos says. And so far, rising lumber prices haven’t hurt her business. “We’re so busy right now,” she says. “Cat parents see this as an investment in the health and well-being of their cats.”

Cat owners also are sanguine about the risk of an idiosyncratic addition adversely affecting home values. Many catios are built to be easily disassembled; Chomos says about half of her clients simply take the catios with them if they relocate. “The other half have left their catios in place, because dog or cat owners are buying their home and like the idea of having an enclosed outdoor space,” she says.

Also read: A First Feline comes to White House, as the Bidens get a cat

In Los Angeles, one of the hottest catio markets right now, Alan Breslauer can charge up to five-figure sums to build high-end patios that he describes as “cat Disneyland.” The former marketer became a full-time catio designer in 2017 when he founded Custom Catios.

“We’re located in Los Angeles, where everyone’s an environmentalist,” he says. “And most of the homes are million dollar homes, so people can afford to pay more for more elaborate enclosures.”

“We wanted something that sat with the spirit of our house, which has lots of unique design elements,” Zegal says. Bird safety, she says, was a secondary consideration.

Other cat owners prefer a DIY approach. In the late 1990s, consultant Phil Price clambered onto the roof of his garage in Berkeley, California, and built a small catio out of PVC piping. Since then he’s spent numerous weekends expanding the enclosure, which now sprawls across a fence to allow his four rescue cats direct entry to his sister-in-law’s neighbouring home.

The cats are happier as a result, says Price’s wife, Juliet Lamont, a consultant and lecturer at San Francisco State University. And with the cats safely enclosed, the couple’s garden has become a haven for nesting songbirds.

“We have so many nests in the back yard, and this spring we saw more baby birds … than we’ve ever seen,” Lamont says. “It really makes a huge, huge difference.”

Augusta’s Pet Pantry Is Now Open Once A Month 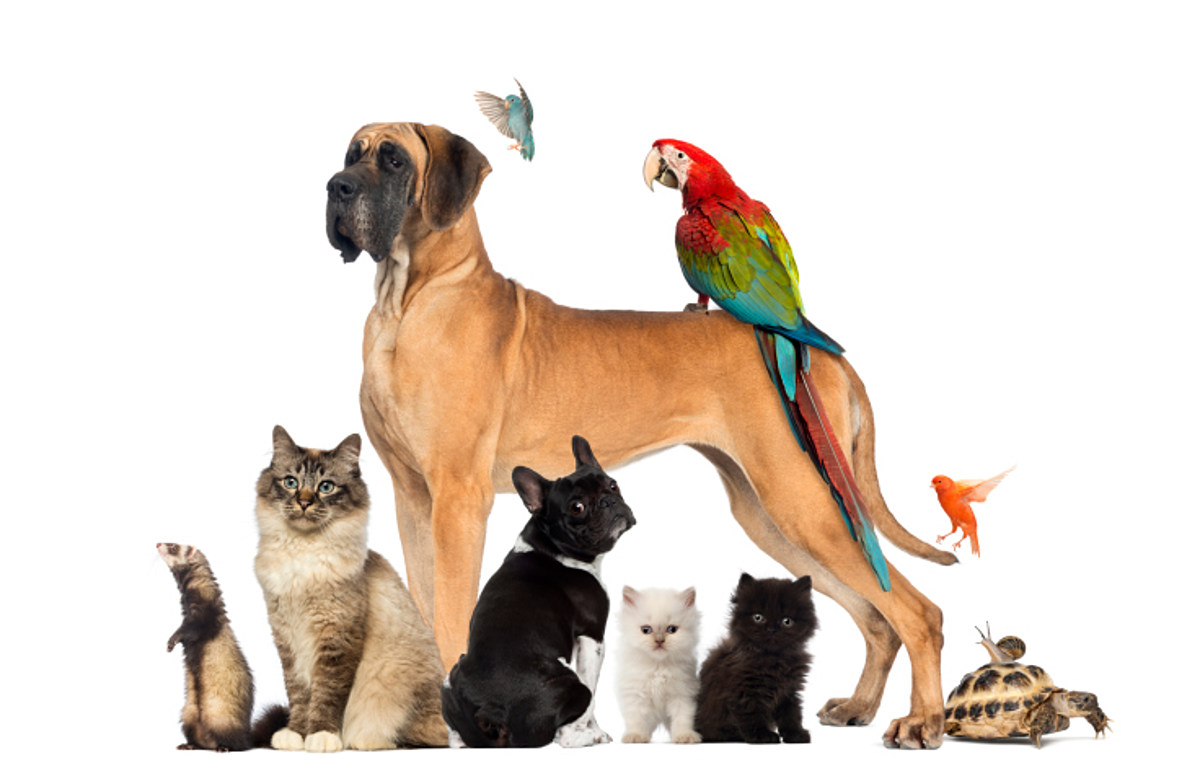