WATERVILLE — The Humane Society Waterville Area has cut its dog and cat population of 200 by nearly half as it continues to treat 36 animals for illnesses since the shelter closed late last month because of the outbreaks.

A team of veterinarians confirmed some cats were suffering from ringworm and upper respiratory infections and some dogs had kennel cough. The animals were quarantined and officials worked with the Maine Federation of Humane Societies and the Rescue League of Greater Portland to move many animals to other sites, according to Malena Gatti, a member of the Humane Society’s board of directors.

When the shelter closed its doors temporarily, its executive director, Lisa Oakes, left her job, though neither she nor Gatti would say why at the time, citing confidentiality reasons.

Asked Monday what happens now in terms of finding a replacement for Oakes, Gatti, the Humane Society spokesperson, said she did not have an update in that regard.

“As for a director search, since we’re still under quarantine, our primary focus right now is still bringing the animals in our care back into good health,” she said. “Concurrently, the board is also in the process of reviewing organizational policies and procedures to improve our operations and quality of care.”

She said that some of  procedural changes the shelter already has implemented are improving sanitary procedures and standards of practice.

“Our new policies were developed in consultation with partner shelters, and our staff has been wonderful in transitioning their duties to better meet these standards,” Gatti said. “We’re also in the process of reviewing our transport policy in order to minimize the possibility of an animal overpopulation in the future.”

Chris Mitchell walks Beatrice from an outdoor kennel to an indoor kennel Monday, Aug. 2, at the Humane Society Waterville Area shelter at 100 Webb Road in Waterville. Mitchell is on the animal shelter’s board of directors. Others connected to the facility walked dogs on a grassy area near the kennels. Rich Abrahamson/Morning Sentinel file

On Aug. 2, Gatti reported that the shelter’s board of directors had asked the state July 28 to inspect the shelter due to concerns it was overpopulated with animals and there might be procedural deficiencies. State Animal Welfare Program officials inspected the facility and confirmed there were 200 animals, which was considered an overpopulation, and those officials were concerned about illnesses in some animals, Gatti said.

The shelter “is so grateful for all the community support we’ve received thus far, and for anyone who would like to continue supporting us, we are currently in need of volunteers,” Gatti said Monday. “We’re in the process of assessing specific volunteers needs, and plan to share details about this soon via our Facebook page.”

By Aug. 2, the number of animals at the Waterville shelter had been reduced from 200 to 145, and the goal was to decrease that to 90, Gatti said at the time.

Shelter officials were working to ensure scheduled spaying and neutering, booster shots and other medical needs would be met and that foster families and those who recently adopted pets were aware of the situation in case the animals exhibited symptoms potentially associated with the outbreaks.

Please check your email to confirm and complete your registration.

Use the form below to reset your password. When you’ve submitted your account email, we will send an email with a reset code.

Mon Aug 9 , 2021
MARSHALL, Texas (KSLA) – The Marshall Pet Adoption Center now has a new home after 53 years. On Monday, Aug. 9, a ribbon-cutting took place to introduce the newly constructed building. The $1.6 million center can hold over 100 dogs and cats. It also has a medical clinic, quarantine room, […] 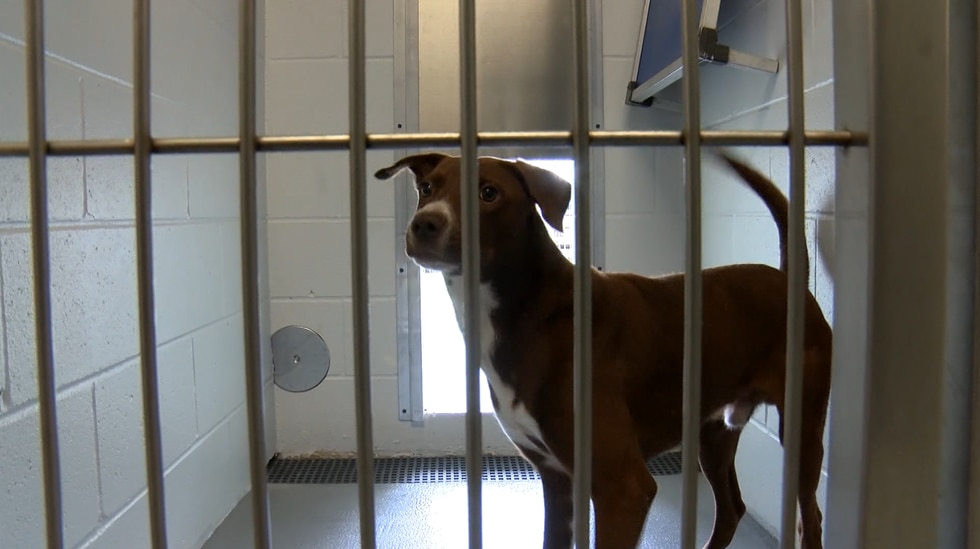