LUNENBURG COUNTY, Va. — As of 4:30pm Sunday afternoon, nearly 14,000 customers with Southside Electric Cooperative (SEC) were still in the dark. One Lunenburg woman said she’s going on ten days without power and doesn’t know much longer she can keep it up. Bonnie Laporte credits her animals with saving […]

LUNENBURG COUNTY, Va. — As of 4:30pm Sunday afternoon, nearly 14,000 customers with Southside Electric Cooperative (SEC) were still in the dark. One Lunenburg woman said she’s going on ten days without power and doesn’t know much longer she can keep it up.

Bonnie Laporte credits her animals with saving her life.

“If it wasn’t for them, let’s put it this way, I wouldn’t be here,” said Laporte. “They’ve made me get up when I didn’t feel like it.”

Now the 62-year-old woman is worried for their lives.

“My animals come first and their well-being. Nobody cares that much about chickens. I do, they’re my pets,” she said.

Laporte lives in the small town of Victoria within Lunenburg County along with her two horses, 15 chickens, and six German Shepards.

Ten days ago, a destructive ice storm knocked out her home’s power through Southside Electric which also left her and the animals without water.

“I have a well pump, and everything is through power,” Laporte explained.

The former veterinarian assistant filled up her tubs with water before the storm hit to prepare, but that’s running dry. Laporte never expected the outage to last this long.

“The dogs, the horses, the chickens, they’re using dirty water, whatever I can scrape up… Ice,” said Laporte.

Ron White, the V.P. of Member and Public Relations of Southside Electric Cooperative, said all customers should have their power restored by March 1. For some customers, that would mark more than two weeks in the dark.

“We are doing everything possible to get their lights back,” said White.

“For every mile of line that we have, on average, we have less than ten members on that line,” said White.

Despite criticism from customers, Southside maintains it was ready to handle the winter weather.

I asked: “Was Southside prepared to handle this storm?”

White responded, “Yeah. Southside started preparing before the storm even got here.”

White said SEC sought out additional crews to help at the very beginning of the first ice storm, but weather conditions in other parts of the country hindered that.

“You’re not going to release your crews to go help someone else when you’ve got to keep your crews to maintain and take care of your own service area,” White said.

I asked White if SEC would change strategies moving forwarded. White responded by emphasizing the historic significance of the storm.

“Anybody that says they perfectly executed a natural disaster event you know… there’s always something you can improve on,” White said.

In Victoria, Laporte holds hope that soon her lights turn back on and the water starts running again. But even then, she says her work will be far from over.

“Even when it goes on, there’s so much mess, cleaning, and trees. And if it doesn’t kill me, it’ll make me stronger. But this is just devastating,” said Laporte.

Tue Feb 23 , 2021
Do you want to add to your family and have a positive impact on the New Hyde Park community at the same time? Maybe it’s the right time to adopt a pet! Despite the COVID-19 pandemic, many local animals are still looking for their forever homes and shelters still working […] 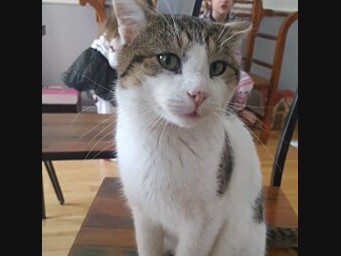