IRVINE, Calif., Feb. 9, 2021 /PRNewswire/ — JustFoodForDogs, the inventor of the fresh whole food category for pets, is leading the charge in pet nutrition and wellness and backing its efforts with robust scientific research.  Having dedicated more than $1 million to help fund nutritional research, the work will advance the industry […]

IRVINE, Calif., Feb. 9, 2021 /PRNewswire/ — JustFoodForDogs, the inventor of the fresh whole food category for pets, is leading the charge in pet nutrition and wellness and backing its efforts with robust scientific research.  Having dedicated more than $1 million to help fund nutritional research, the work will advance the industry with learnings that will translate into better health for pets across the globe.

The most recent study, conducted by the University of Illinois Department of Animal Sciences under Kelly Swanson, Ph.D., professor of animal and nutritional sciences, is published in the peer-reviewed Journal of Animal Science. The data shows that dogs who ate JustFoodforDogs fresh food absorbed more nutrients and consumed a larger volume of food (as-fed) than when on a diet of processed kibble. Additionally, the dogs fed a fresh whole food diet produced up to 66% less poop than when eating kibble.

This latest research demonstrates that by feeding pets fresh ingredients, less waste goes in and less waste goes out. Feeding kibble, a highly processed pellet often made from the leftover waste and unusable ingredients from the human food chain, has the opposite effect.

“Based on past research we’ve conducted, I’m not surprised with the results when feeding human-grade compared to an extruded dry diet,” says Dr. Swanson, the Kraft Heinz Company Endowed Professor in Human Nutrition and co-author on the Journal of Animal Science study. “However, I did not expect to see how well the human-grade fresh food performed, even compared to a fresh commercial processed brand.”

The study was a follow-up to a 2019 research study conducted by Dr. Swanson and the University of Illinois and published in Translational Animal Science, a peer-reviewed journal, that showed JustFoodForDogs food tested up to 40% more digestible than comparable testing done on kibble.

Previous research efforts also point to the benefits of a fresh food diet for pets.

Also in 2019, researchers at Western University of Health Science College of Veterinary Medicine and the University of California, Davis, conducted what they believe to be the first scientific research comparing both grain-containing and grain-free pet food with respect to mycotoxins. The study, published in the Journal of Toxicology Communications, found that 75% of dry pet food, or kibble, may contain levels of toxins linked to immunosuppression and chronic disease.

The company also embarked on the pet food industry’s only feeding trials utilizing fresh whole food diets, which showed that not only were the JustFoodForDogs recipes beneficial for long-term feeding, but they also promoted healthy functioning of the immune system in dogs. The data led to a research poster and abstract published in the Journal of Animal Physiology and Animal Nutrition in 2014.

“This continued research is more scientific evidence of what we have known for years – a fresh whole food diet is better for our pets than processed kibble,” said Dr. Oscar Chavez, professor of veterinary clinical nutrition and chief medical officer at JustFoodForDogs. “We know this to be true from research for humans and the same parallels exist for dogs.”

JustFoodForDogs began cooking fresh food for pets in Open Kitchens in 2010 after founder Shawn Buckley learned what was legally allowed to be in pet food. The company’s commitment to pet health and ongoing nutrition research spans more than a decade.

JustFoodForDogs launched the fresh whole food movement for pets when they opened the first Open-to-the-public Kitchen cooking food for dogs. The company utilizes fresh whole food ingredients intended for human consumption, in veterinarian-developed recipes nutritionally balanced for pets, and proven healthy by two independent universities. JustFoodForDogs was named the # 1 vet recommended fresh food for dogs. Offerings include Daily Meals, Veterinary Support Diets available with a prescription, treats and supplements, as well as custom diets for pets with complex health needs.  JustFoodForDogs has nine public Kitchens in California, Chicago, New York and Seattle, with Pantries in veterinary clinics and Petco and Pet Food Express locations across the country, as well as an online channel.

Do cats and dogs need the COVID-19 vaccine?

Tue Feb 9 , 2021
Two Charlotte veterinarians say getting your pet vaccinated for COVID-19 isn’t an option right now but interest is growing. CHARLOTTE, N.C. — A recent article from the New York Post about dogs and cats possibly needing the COVID-19 vaccine has pet owners talking on social media.  With vaccine supplies in […] 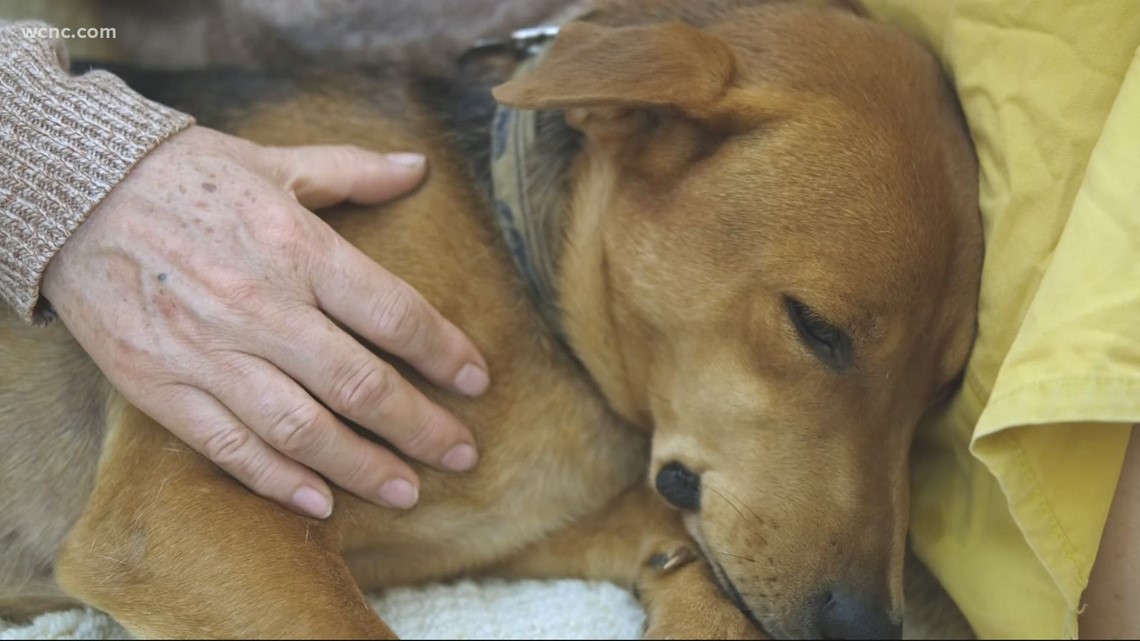