In December last year, the fashion designer Osman Yousefzada sent me a TikTok post via WhatsApp. It featured an elegant greyhound dressed in a succession of brightly coloured, glamorous dog outfits. In a voiceover by Venezuelan comedian Lorena Pages, the dog appeared to be complaining that because of Covid, she […]

In December last year, the fashion designer Osman Yousefzada sent me a TikTok post via WhatsApp. It featured an elegant greyhound dressed in a succession of brightly coloured, glamorous dog outfits. In a voiceover by Venezuelan comedian Lorena Pages, the dog appeared to be complaining that because of Covid, she hadn’t been able to wear any of her “cute” clothes. “Loved it, couldn’t wear it,” she said, with all the fatigued outrage of any human fashionista. I LOL-ed, watched the video several times more and posted it to my Stories.

I wasn’t the first. Tika the Iggy, a nine-year-old Italian greyhound from Montreal, Canada, owned by Thomas Shapiro and his husband, was already an established pet influencer at the time, getting multiple thousand likes for pictures of her in cable-knit jumpers with pom-poms, slouchy hoodies and feathery capes. But with this video, she broke through beyond the Fido faithful and into the fashion world.

No better illustration of that was when Vogue subsequently conducted an “interview” with Tika in which the dog “talked” about her favourite looks. “I’m a little biased toward designers that create looks for size XXXXXS. So I’m loving Adidas and Marine Serre’s cool streetwear fashion. If it’s good enough for Beyoncé, it’s good enough for me,” she says.

Pet influencers have been a part of social media for almost a decade. You may remember Grumpy the Cat and Tuna, the dog with the overbite. Recently, my 12-year-old daughter has become an enthusiastic follower of Pudgywoke, a chihuahua who has amassed more than 11m followers on TikTok over the past three months, largely because of his distinctive “owa-owa” bark.

“Pet influencers give really enjoyable content and that’s one of the things people come to social media for, but especially in this last year,” says Hester Bates, brand and communications director at Influencer, a London-based influencer marketing platform. “People are looking for light relief and pet influencers really provide it.”

Now they’re providing fashion content too, and there’s a great array of fashionable dog wear for the discerning dog owner to choose from — and astonishing customer demand. With owners increasingly treating their pet dogs as one of the family, John Lewis reports dog coat sales are up 420 per cent year on year, with dog jumper sales up 2,200 per cent.

Ten years ago, a UK dog owner would have headed to Pets At Home or a local pet shop for a functional, inexpensive dog coat. Or, if they were fancy, a rather nicer version from Belgravia luxury pet supply store Mungo & Maud. But things have moved on and now a multi-faceted and social media-fuelled pet apparel market has emerged.

New direct-to-consumer dog brands are springing up online and established fashion labels are introducing dog-specific ranges — such as luxury outerwear brand Moncler, which has recently launched an ongoing collaboration with Poldo Dog Couture — the current collection includes a silver cloak (£315, moncler.com) and tiny versions of Moncler’s signature quilted nylon vests (£305). Owners can now shop for and dress their dogs as they would themselves. Depending on personal taste, that might be in classic British country-set style — say, a Barbour waxed jacket (£40) or a “coastal dog jumper” by Joules (£12), both popular brands on John Lewis. Or if your dog is a little more dawg, a pair of Beluga 544 dog trainers ($50) from freshpawz.com, the self-described “official streetwear brand for dogs”.

VIP — Very Important Puppies, an “elevated clothing and accessories brand for dogs”, was launched in 2018 by sisters Sabrina Albarello and Katerina Karelas, who saw a gap in the market for human-to-dog matching apparel. “We wanted to bring in collaborations with fashion brands to tell more interesting stories,” says Albarello. They have worked with Heron Preston, Ssense and Les Benjamins and in recent months launched dog boots with footwear brand Ugg. “Brands are open to explore and be part of the dog market, as they see there is very big potential.”

According to market research provider Euromonitor International, the global market for pet products other than food, including clothing, is estimated to grow from $28bn this year to $32bn by 2023. And via brand tagging and sponsored content in social media posts, dog influencers are key drivers for dog-related brands and other verticals.

“There’s definitely a move to sell non-dog-related items to dog lovers,” says Ellen Durrant, joint managing director of Red Lion PR in London. “The numbers for millennials and Gen Zs who are dog owners or love dog content are high, so you see brands starting to use dogs to break into these groups even when their product isn’t dog related.”

“Pet influencers get amazing results for brands because they’re so engaging,” says Influencer’s Bates. “At the moment when people need a respite from the news, aligning with beautifully created content that’s going to make people laugh and feel good is not a bad thing.”

To align with an influencer such as Tika or Talking Tatum (@hi.this.is.tatum, 311,00 followers), a brand would first need to get through the “overflowing” inbox of Loni Edwards, founder of The Dog Agency, which has represented Tika since her early days on social media. A former lawyer who trained at Harvard Law School, Edwards was one of the first to recognise the potential of the pet influencer market when her own dog, the late Chloe the Mini Frenchie, amassed an Instagram following of 180,000. In 2015, she set up the agency and now represents more than 150 animals, including Dunkin Ducks, which have 2.1m followers on TikTok, and Toby Toad, who frolics in a doll’s house and 177,000 followers on Instagram.

“Pet influencers are just like any other human influencer,” says Edwards. “But because they’re pets they have all of these extra factors: higher engagement, positive reactions, appealing to all demographics. Pets don’t go to parties and don’t get into scandals, so there’s brand security.”

And, like their human counterparts, they can earn top dollar through merchandise, book deals and brand marketing. “For an influencer with millions of followers a sponsored post would cost a brand $10,000 to $15,000, depending on the details of the campaign and what is involved,” says Edwards. “At the 100,000 follower range, you’re looking at around $1,000 to $2,000. There’s a lot of money to be made.”

But what of the dogs in all this? Simon Garfield, the author of Dog’s Best Friend: A Brief History of an Unbreakable Bond, says they are clearly being exploited. “But exploitation is an odd word because it can mean doing something against another’s consent or using their maximum potential. And I think in lots of these cases it’s the latter,” he says. “For me, the dogs seem to be having a fairly good time most of the time. If anything, it shows an excess of mollycoddling on behalf of the owners.”

Edwards assures me that she conducts a thorough vetting of pets and owners before she takes them on as clients and has dropped potential owners whom she has not judged to be responsible. Which is reassuring as pet influencers and their owners look set to stick around. “The market is just going to grow,” says Bates. “Especially as other brands see the success of their competitors working with animals. I think there is a huge boom about to happen.”

Listen to our podcast Culture Call, where FT editors and special guests discuss life and art in the time of coronavirus. Subscribe on Apple, Spotify, or wherever you listen

The rising power of pets

Tue Feb 23 , 2021
Pets hold real power and during these uncertain and testing times that power has increased. Not only has pet ownership skyrocketed, with over 51% of the UK population now owning a pet, but the Covid-19 pandemic has now seen people spending more than ever on feeding and treating their pets. […] 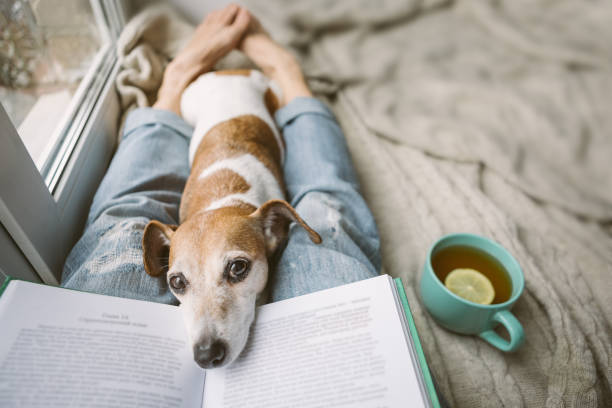