Pencils, check. Notebook, check. Backpack, check. Scalpel…wait, what? If you think knives don’t belong on a school-supply list, you’re in good company: Studies show that as many as 25% of secondary students object to dissecting animals. Yet this antiquated teaching method will still be on the syllabus for many middle […]

If you think knives don’t belong on a school-supply list, you’re in good company: Studies show that as many as 25% of secondary students object to dissecting animals. Yet this antiquated teaching method will still be on the syllabus for many middle and high school students as they return to classes this fall. As an adjunct professor of biology for over a decade, I know that teaching life science by killing and cutting up animals is not only counterproductive but also cruel — and for many students, it’s a barrier to learning.

Animals used in dissection were once alive, and most suffer terribly before they end up on a science lab tray. Millions of frogs are taken from their natural habitat every year, further diminishing these species’ already declining populations. They are stuffed into bags without food or water, and many are crushed, injured or killed during transport over long distances.

Many other animals are obtained through dissection supply companies. PETA’s undercover investigation into a company that sells animals to schools across the U.S. revealed that workers injected live crayfish with latex, joked about turtles coming “back to life” after being frozen, and submerged crates full of live pigeons in tubs of water to drown them.

The company purchased cats from animal shelters. Workers hung up their collars — all that remained of animals who may once have been cherished family members. “I know it’s…morbid,” one worker admitted, “but we think it’s funny.”

PETA’s investigations into other biological supply companies have revealed similar horrors, including cats being embalmed while they were still alive and struggling. Formaldehyde, used to preserve dead bodies, is a severely caustic substance that causes an excruciatingly painful death. It’s a health hazard to students and teachers, too: Classified as a human carcinogen, repeated exposure to even low levels of the chemical can cause respiratory difficulty, eczema, and skin sensitization.

Slicing and dicing animals’ bodies can cause desensitization, too. For disturbing examples of this, look no further than the videos that have surfaced in recent years of a teacher juggling with dead frogs and students using cats’ intestines as a jump rope in a science classroom.

Most students, though, care about animals and don’t want to harm them. For some — particularly female students — their ethical objections to dissection cause them to turn away from science classes and pursuing careers in biology and medicine. This is a loss on many levels. We should be fostering and applauding compassion in students — a crucial attribute for anyone entering the medical field — and we need more women in STEM fields, not fewer.

There is no need to force students to compromise their ethics in order to learn science. Interactive software programs such as The Digital Frog and the eMind tutorial series let students dissect frogs and other animals virtually and allow them to practice and repeat the lessons until they become proficient. For a more hands-on approach, SynFrog is a hyper-realistic, dissectible frog model that can replace the use of frog cadavers completely. It has received rave reviews from students and teachers alike.

Peer-reviewed literature confirms that students who use advanced, non-animal dissection methods like these perform better in learning assessments than those who dissect animals. Not a single U.S. medical school — including Harvard, Stanford and Yale — requires students to cut up dead animals. If doctors in training don’t need to dissect, surely teens and pre-teens in general biology classes don’t need to, either.

It’s time to evolve — as science always does — and teach tomorrow’s doctors, biologists and leaders in science by using non-animal methods that are truly cutting-edge.

Samantha Suiter is the manager of science education for People for the Ethical Treatment of Animals.

Mon Sep 13 , 2021
Elon Musk is not letting go off the Dogecoin. The cryptocurrency started as a joke, was promoted by Musk earlier this year before things settled, probably for the good. Now, Musk is at it again. Elon Musk has got a new pet. HIGHLIGHTS Elon Musk has a new Shiba Inu […] 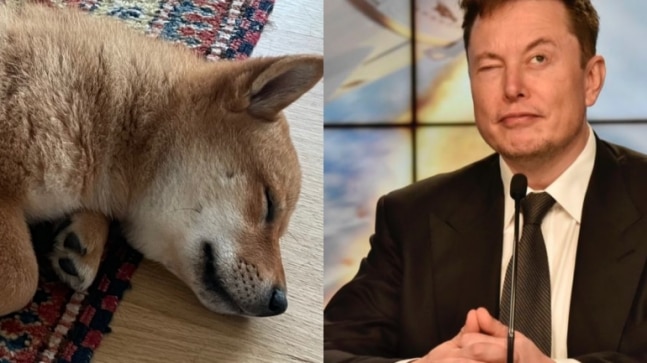