A report released today by the Midwest Center for Investigative Reporting and USA Today alleges that Seresto flea and tick collars have harmed many of the dogs and cats that wear them as well as the owners who love them. The US Environmental Protection Agency (EPA), which regulates pesticide-containing products, […]

A report released today by the Midwest Center for Investigative Reporting and USA Today alleges that Seresto flea and tick collars have harmed many of the dogs and cats that wear them as well as the owners who love them. The US Environmental Protection Agency (EPA), which regulates pesticide-containing products, has received 75,000 incident reports of dogs, cats, and people allegedly being harmed by the collars, including 1698 pet deaths and just under 1000 incidents involving people.

The active ingredients in Seresto—developed by Bayer Animal Health and now owned by Elanco—are the pesticides imidacloprid (10%) and flumethrin (4.5%). Imidacloprid is commonly used in US farming, whereas Seresto is the only product that contains flumethrin. The product is labeled to provide up to 8 months of protection for cats against fleas, flea larvae, and ticks and for dogs against fleas, flea larvae, ticks, sarcoptic mange, and chewing lice.

It is unclear whether flumethrin or imidacloprid—or a combination of the 2 products—is responsible for these incidents. As of now, there is no established link between these harmful events and the active ingredients in Seresto.

According to a 2019 EPA memo, clinical signs in humans related to these incidents vary widely, with most involving skin rashes or lesions; numbness, tingling, or pain; and nasal, ocular, or throat irritation after placing the collar on the pet, after nuzzling with the pet, or after sleeping in bed with the pet. More serious events were also reported. In many cases, clinical signs improved after the collar was removed.

Except for erythema and hair loss below the collar—potential adverse effects acknowledged by Elanco spokesperson Keri McGrath—the signs of harm related to Seresto in dogs and cats are unclear. The reported pet deaths appear to have been sudden.

Elanco “takes the safety of our products very seriously and thoroughly investigates potential concerns related to their use,” McGrath says in an email to dvm360®. “Keep in mind that the existence of an adverse event report does not necessarily mean the product caused the problem,” she says. “Causality between the observed signs and the use of the product is evaluated on a case-by-case basis.”

The reported incident numbers are actually “just the tip of the iceberg,” according to Nathan Donley, PhD, a senior scientist at the Center for Biological Diversity and an expert on U.S. pesticide regulation who feels strongly that the EPA should warn the public about this issue. Not only must a connection be made between the pet’s or person’s illness and the collar, but affected individuals must know whom to contact about it. “Most of the time, people are not going to make the connection or they’re not going to take an hour or so out of the day and figure out how to call and spend time on hold,” he says.

“Since its initial approval in 2012, Seresto has protected more than 25 million US pets from fleas and ticks,” McGrath says, adding that it is important for consumers to make sure they’re purchasing collars from an authorized retailer. “Regrettably, there are counterfeits out there.”

The EPA did not comment about the safety of Seresto compared with other flea and tick collars, but an agency spokesperson did note that flumethrin and imidacloprid both remain eligible for continued registration and that it is important to follow label directions when applying the product. “Some pets, however, like some humans, are more sensitive than others,” the spokesperson said.

Karen McCormack, a retired EPA employee, told USA Today that more incidents have been reported with Seresto than with any other pesticide pet product. “I think this is a significant problem that needs to be addressed sooner rather than later,” she says.

Seresto products generated revenue in excess of $300 million for Bayer in 2019, according to an annual company report. At this time, the EPA is in the final stages of re-approving both pesticides, according to McGrath. There is no timeline on the final decision.

Half Moon Bay Pets Up For Adoption: Woody, Hulk & More

Thu Mar 4 , 2021
Looking to add a furry friend to your family and do something good for the Half Moon Bay community at the same time? Adopt a pet from a local shelter or organization! Amid the coronavirus pandemic, many pets are still looking for their forever homes and animal shelters still working […] 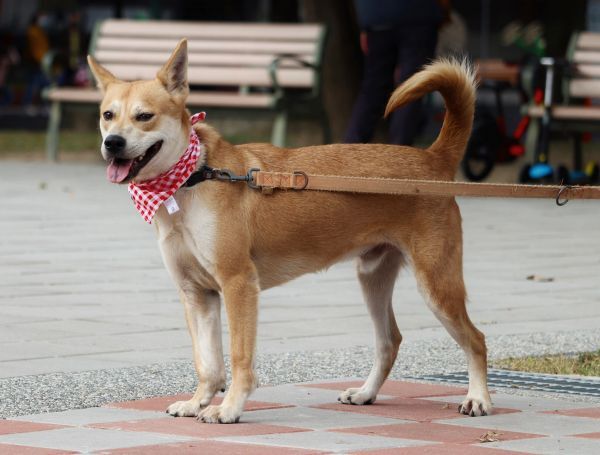