Hilaree B. Schaffer PARKERSBURG — A Parkersburg woman is facing drug and animal cruelty charges following a drug investigation and a search of her property which revealed several animals living in poor conditions. In December 2020, Sgt. E.L. Coplin with the Pleasants County Sheriff’s Department contacted Parkersburg […]

PARKERSBURG — A Parkersburg woman is facing drug and animal cruelty charges following a drug investigation and a search of her property which revealed several animals living in poor conditions.

In December 2020, Sgt. E.L. Coplin with the Pleasants County Sheriff’s Department contacted Parkersburg law enforcement regarding a drug investigation which involved Hilaree B. Schaffer, 36, 39 Duckworth Lane, Mineral Wells, according to a criminal complaint filed with the Wood County Magistrate Court.

It began with Coplin conducting a traffic stop and pulling over Darlene Fay Scott, 60, St. Marys, who had methamphetamine in her possession and investigation revealed the drugs came from the residence on Duckworth Lane, the complaint said.

During a search warrant at the home, methamphetamine was found; Schaffer and another male conspirator told officers from where the drugs came, the complaint said.

A cell phone search revealed conversations between Schaffer and Scott discussing weights and prices of the drugs, the complaint said.

Last month, officers responded to Duckworth Lane following a call reporting animals that had been abandoned on the property, according to a criminal complaint filed with the Wood County Magistrate Court.

The Parkersburg Humane Society told officers the animals on the property had not been cared for and according to the complaint, Schaffer and her husband left the animals behind after they were evicted.

“One of the goats was in particularly bad shape as it had excessive hoof growth and foot rot as the hooves had not been properly cared for. This caused the goat to walk directly on its front carpal joints,” the complaint said.

An officer with the humane society reported the Schaffers had more goats at another property on Black Diamond Road, the complaint said.

Those goats were taken by the humane society as they were not cared for properly, the complaint said.

Schaffer was charged with conspiracy and animal cruelty and was released on a $11,500 bond.

Candice Black can be reached at [email protected]

Today’s breaking news and more in your inbox

Latest Pets To Go Up For Adoption In The Davidson Area

Thu Apr 8 , 2021
Looking to add a furry friend to your family and have a positive impact on the Davidson community at the same time? Adopt a dog, cat or other kind of pet from a local shelter! During the ongoing coronavirus pandemic, many facilities are still working to fulfill adoptions and place […] 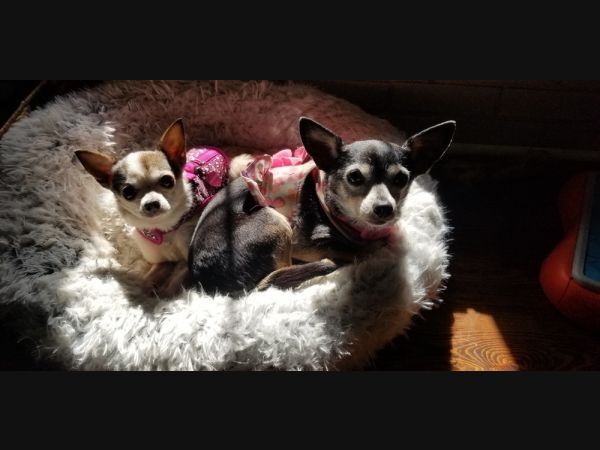