Black bears are more common in the forested region of northern Minnesota but can live anywhere they find suitable habitat. They usually are shy and run when encountered. The DNR says people should never approach a bear. Injury to people is rare, but bears are potentially dangerous because of their […]

Black bears are more common in the forested region of northern Minnesota but can live anywhere they find suitable habitat. They usually are shy and run when encountered.

The DNR says people should never approach a bear. Injury to people is rare, but bears are potentially dangerous because of their size, strength and speed.

“We have a pretty healthy bear population in this region,” Thorson said. “More people are living in bear habitat which means we have the potential for more interactions. That seems to generate the most calls for us here at the DNR.”

Bears aren’t just an issue in the country, but sometimes wander into town in search of food. “Just because you have a city address doesn’t mean you’re immune from bear issues,” he said.

“With the warm temperatures coming early this spring, bears became active earlier than usual,” Thorson said. “In the last two weeks, we’ve fielded quite a few calls about bear complaints scattered throughout our work area.”

As bears emerge from hibernation, their metabolism gradually ramps up and they will begin looking for food at a time when berries and green vegetation are scarce.

Home and cabin owners should remove or secure attractants such as birdseed, garbage, livestock feed or compost to reduce potential conflict. They should also clean up leftover sunflower seed or other debris under the feeders.

“Bears find those food sources very attractive,” he said. “They will get up on decks if there’s a feeder there. Bears getting into garbage is another common complaint. They’re looking for easy meals. Any food or odor will attract them.”

Thorson explained that cubs spend two winters with their mothers in the den. In the spring, they emerge and separate as she cares for her new batch of cubs.

“Often those young bears who leave their mother are not real skilled at foraging and don’t have a real healthy fear of humans,” he said.

While many people think of bears as being mainly nocturnal, Thorson said that depends on food availability and time of year.

“There’s a common misconception that you can leave your bird feeders out during the day and bears won’t bother them,” he said. “They are active in the daytime as well. Bears are powerful animals and can destroy feeders trying to get the food out. They especially like suet because it’s a good food source with lots of energy.”

“This time of year, it’s thin pickings,” he said. “Bears are omnivores who eat both meat and plants, so they’ll scavenge on leftover animal carcasses too. As we get heat, they will eat whatever greens up. Later in the spring they’ll transition to other food sources. Sometimes they prey on deer fawns. Then they switch to berries in the summer, then acorns and other crops in the fall.”

Thorson said he discovered a bear den last December. “There was a tipped up tree in a bank and they dug a hole underneath the tree to make a big underground den,” he said. “I saw a lot of bear scat in that immediate area and could see where grass had been raked up and pulled into the den.

“Another type of den that’s really common is an open nest on top of the ground. They bring grass or bedding material to lay on. They can also den up in corn fields later in the fall by gathering corn stalks to make a nest.”

He said the home range for a boar is larger, especially during the mating season in the summer. “Sows with cubs will have a smaller range,” he said. “But a good percentage of bears also make seasonal movements to find better food sources. There will be bears from the Grand Rapids area that come into this area in the fall for the oak and hazelnut crop. So they can move fairly large distances and then return to their regular home range.”

The wildlife research group in Grand Rapids has a small group of bears with radio and GPS collars to provide information on their movements.

Thorson said anyone out in the forest should make noise to avoid surprising or cornering a bear, especially in the spring when sows are protecting their cubs.

“Bears are generally more scared of you than you are of them, so they will usually run off when they hear or see you unless they are habituated to associating people with food,” he said. “You should also keep your dog on a leash.”

The DNR website also has tips on how to be safe around bears.

Be cautious around bears and give them space. If bear problems persist after cleaning up food sources, contact the Park Rapids DNR area wildlife office for advice at 732-8542.

Additionally, the Southeastern Association of Fish and Wildlife Agencies has information online at bearwise.org.

Sat Apr 3 , 2021
A group of more than 80 people with an interest in animal welfare, including Dr. Jane Goodall, have signed a letter calling on the editors of the Associated Press Stylebook to change their guidance on the use of animals pronouns. Paul Bersebach/Orange County Register via Getty Images hide caption toggle […] 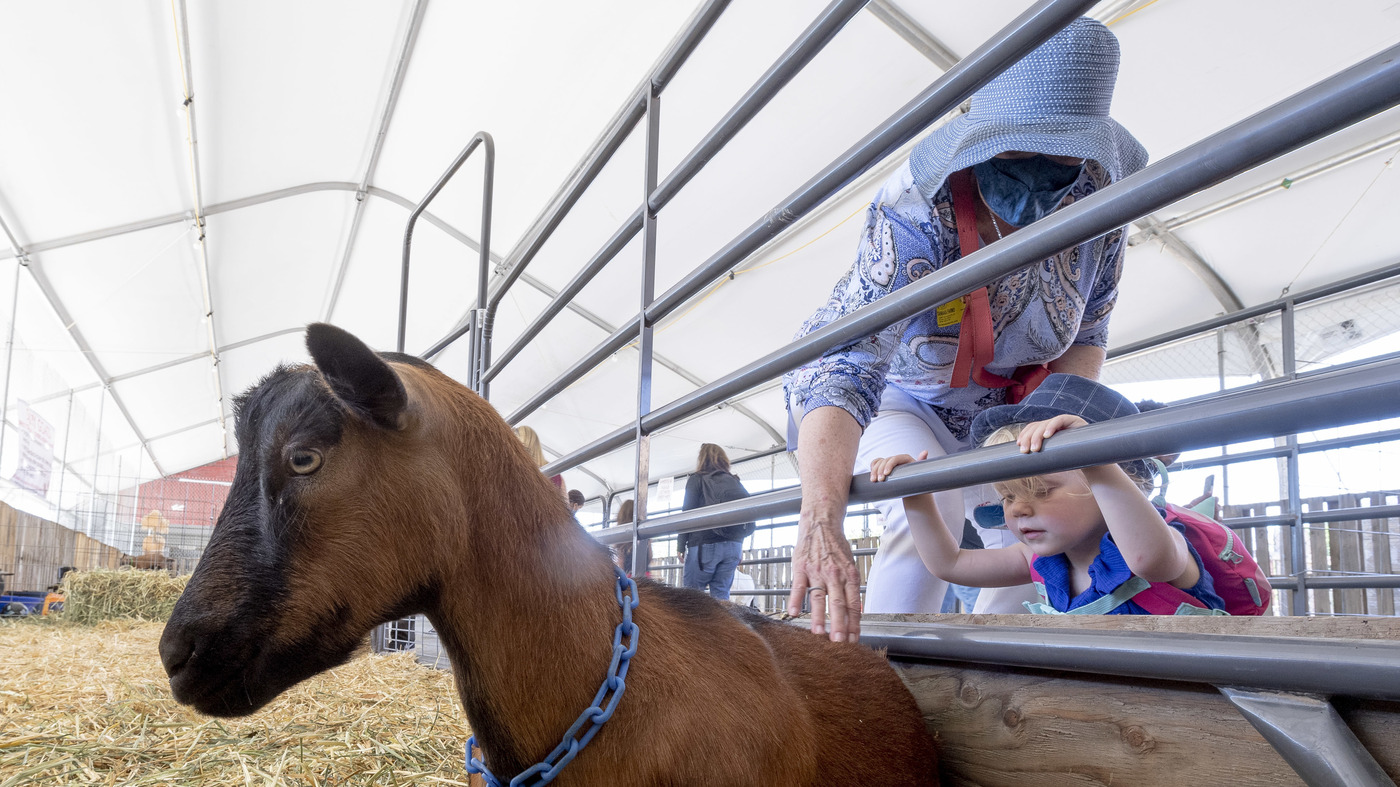