Humane Societies across the country are welcoming a boost in interest ever since Major Biden, the first shelter dog in the White House, was “indogurated” a few weeks ago. “Everybody I think is excited, everyone’s excited that there’s animals back in the White House. Animals make a home,” said Ashley […]

Humane Societies across the country are welcoming a boost in interest ever since Major Biden, the first shelter dog in the White House, was “indogurated” a few weeks ago.

“Everybody I think is excited, everyone’s excited that there’s animals back in the White House. Animals make a home,” said Ashley Jeffrey Bouck, Mohawk Hudson Humane Society President and CEO.

What You Need To Know

Jeffrey Bouck says it’s fitting, because last year, nobody had it better than our pets. Most humane associations saw record adoption numbers. Jeffrey Bouck says locally, the demand was there, but it was tough because all visits were by appointment and they have to limit staff.

While the adoption numbers were down, she says fosters were up, and Major Biden, is known as a “foster fail” since the Bidens ended up keeping him.

“Our numbers were huge this year, so our foster volunteers, people doing the foster-to-adopt, those numbers were through the roof this year, which I think is a great option for people and some of our pets that may need a little more time before you say, ‘Yes, you’re definitely mine,’” she said.

She says the foster-to-adopt program is great for potential pet parents. With all of the pandemic pets adopted or purchased, Jeffrey Bouck says they’re prepared for possible surrenders when life starts to get back to normal, but are hoping that won’t be the case.

Jeffrey Bouck said they have free behavioral advice with trained, certified professionals available through their website, for anyone who is concerned about things like separation anxiety as life starts to return to normal.

And speaking of transitions, soon, a cat or kitten will transition into the role of First Cat and it is expected to be the White House’s first-ever shelter cat. The Bidens have expressed interest in adopting, and it even already has a Twitter account.

“They’re from shelters, and so letting people know that when you’re going to a shelter, they’ve got all their vaccinations, they’re already spayed or neutered, they’ve been checked over by a veterinarian, you kind of know what you’re getting when you adopt,” Jeffrey Bouck said.

“And a lot of the expenses are already built into the adoption fee and so it raises a lot of awareness about what you get. You get such a quality animal when you adopt from a shelter, so I think any awareness about both dogs and cats is fantastic.”

This story features three dogs who are still available for adoption, Mick, Sadie Mae, and Norman. Rocky, the cat featured in this story, is no longer available, but Mohawk Hudson Humane Society is always receiving new animals ready to find their fur-ever homes.

You can check out who’s available: https://mohawkhumane.org/adopt/available.

In Maplewood, The Time to License Your Pet is Now

Sat Feb 6 , 2021
In 2020, the Maplewood Health Department included a notice to renew or apply for a new license for pets in the fall township tax statement.   Each year, residents are required to license their dog and cat by January 31st in Maplewood. It is a part of “Responsible Pet Ownership.” Here are […] 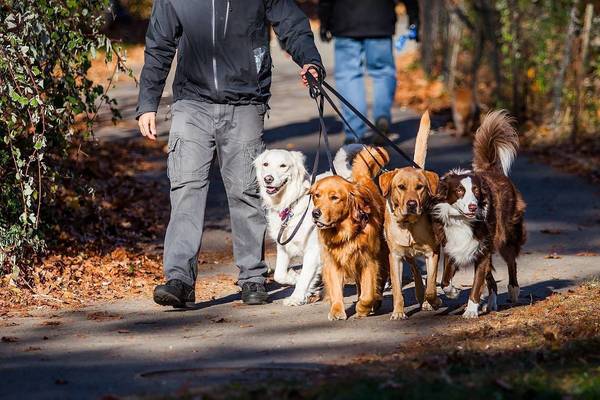