BATH TOWNSHIP, Ohio — They say dogs are a man’s best friend so it’s no surprise how strong the bond between an owner and their pet can be. For Melissa Baccaire, the bond she had with her dog Koko was so strong it brought her a “heaven sent” surprise. An […]

BATH TOWNSHIP, Ohio — They say dogs are a man’s best friend so it’s no surprise how strong the bond between an owner and their pet can be. For Melissa Baccaire, the bond she had with her dog Koko was so strong it brought her a “heaven sent” surprise.

While working there at 19 years old, Baccaire met Koko—a great Pyrenees mix that was a client of hers. When Koko’s owner got remarried, she needed a new home.

After talking it over with her parents, Baccaire became Koko’s new owner and the rest was history.

“She was living with me for just shy of six years but she had been in my life for a little over nine years,” Baccaire said.

The bond between Baccaire and Koko grew over the years and the two were so close, Koko was even the flower girl in Baccaire’s wedding.

“She was what I would call my soulmate in a dog,” Baccaire said.

But about two weeks ago, Baccaire noticed Koko had developed a cough, which was odd for the active dog. Baccaire made an appointment to have Koko seen by a vet but her condition quickly got worse.

“I could see it in her eyes the way she was looking at me,” Baccaire said.

While Baccaire waited outside due to COVID-19 restrictions at the clinic, she received a devastating call from the vet.

“He called and basically said ‘You need to put her down right away, she has a tumor on her heart that ruptured. There are blood clots, there’s fluid surrounding her heart,’” Baccaire recalled. “And so that that appointment that I originally made with my normal vet ended up being an appointment to say goodbye.”

Baccaire brought Koko home to give her one last day surrounded by family, showering her with love before saying goodbye to her long time best friend.

Five days after Koko’s death, Baccaire decided to stop by One of a Kind Pets, an animal rescue in Akron, just to play with some of the dogs to brighten her mood.

“I was not having any intention of going home with a dog. I simply wanted to be around dogs just to be happy. And they always lighten my mood, it’s therapy for me,” Baccaire said.

The line to get in was long but Baccaire waited, and now she’s glad she did.

“We walk inside and there were puppies on one side of one of the pets and there was this little eight-week-old great Pyrenees mix, which is what Koko’s main breed was. And this was shocking because I’ve never seen Pyrenees in shelters,” Baccaire said.

Baccaire made an appointment for that day to meet her and that’s when they got their sign.

“We got her out of the crate. We were able to hold her and the heart was completely visible. It was just crazy how pronounced it was. And we just took that as a sign from Koko that the same breed was in a shelter and there was a prominent heart on her side,” Baccaire said. “I was still processing the loss and I certainly was not ready for this, but we just really couldn’t deny it. We just thought that was such a sign.”

She and her husband knew they had to take the puppy home and as the two looked at each other in amazement, they both came to an agreement immediately on a name: Kona.

Between the heart on Kona’s side and the look in her eyes, Baccaire said she knows Koko had a hand, or rather paw, in helping her find a new four-legged friend.

“We say that she’s up there above watching us and hopefully going to help me train this little one,” Baccaire said. “We definitely feel that [Koko] had some hand in it—there’s definitely a piece of her within Kona.”

As Baccaire and Kona, who she described as a “little angel,” begin to build their bond, her new best friend already has a hold on her heart.

“Instead of crying every time I think about Koko, she’s making me remember her in more of a happy way, so it’s really been healing for me,” Baccaire said. “I just think that we don’t even deserve dogs. They do so much for us. They are so amazing.”

The best dogs, cats, possums, racist parrots, and more who ever lived in the White House, and beyond. 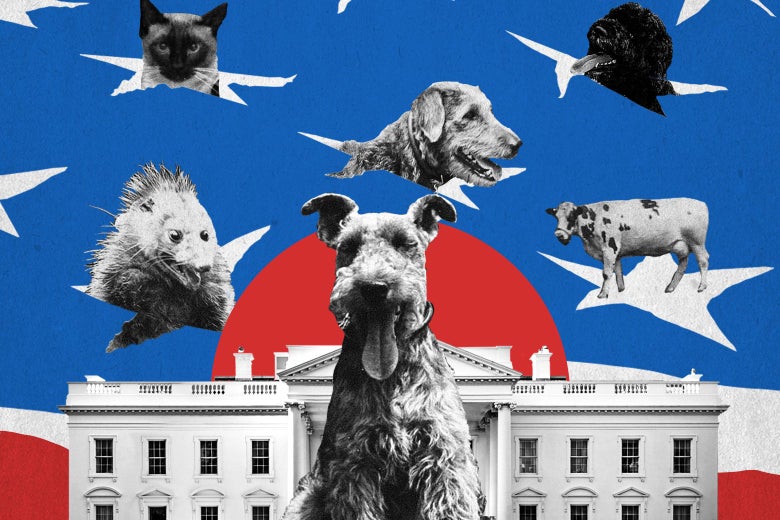