BAY CITY, MI — The summer months have been anything but restful for staff at Bay County Animal Services and Adoption Center. In a steady stream, pet owners have been surrendering their cats and dogs, pushing the agency’s housing capabilities to their limits. “It’s been pretty stressful this year. It’s […]

BAY CITY, MI — The summer months have been anything but restful for staff at Bay County Animal Services and Adoption Center. In a steady stream, pet owners have been surrendering their cats and dogs, pushing the agency’s housing capabilities to their limits.

“It’s been pretty stressful this year. It’s been a rough year,” said Craig Goulet, the shelter’s manager and director of the county’s administrative services.

Despite those figures reflecting fewer cats received, Goulet said that’s due to the agency having to restrict taking in cats.

“With cats, in July, we were up about 27% from 2019 at the same time,” Goulet said. “It’s slowly come down as little bit because we’ve essentially had to shut down cats coming in here. We had so many that we couldn’t feasibly take any more.”

For about a month now, no cats have been admitted, Goulet said. To surrender a cat, owners need to make an appointment by calling 989-894-0679; walk-in surrenders have not been permitted since 2017. Trapped stray or feral cats are also not taken in by the shelter.

“The intake has slowed down with cats, but we’re having a rough time finding people to transfer them to,” Goulet said.

Meanwhile, the agency received more than 900 calls each in July and August.

“Personally, I think there are multiple reasons,” Goulet said when asked what he believes is driving the spike in surrenders. “We only know what people tell us, but when we get the opportunity to speak with people who want to relinquish their animals, we know foreclosures and evictions have played a role this year.”

People having less income due to the COVID-19 pandemic has also led to some making the tough decision to relinquish their pets.

People returning to work outside of their homes has also played a factor. They may have adopted a pet when COVID-19 struck and they were largely confined to their home, but when they returned to their jobs, the pets had to go.

“We’ve had people tell us, ‘Back to work this year, we just don’t have the time,’” Goulet said. “This year, with the other factors, it’s really magnified the intake overall. It’s had a significant impact for sure. Last year, shelters reported almost record adoptions. This year, they’ve reported returns.”

The shelter charges $108 to adopt a dog and $68 to adopt a cat. The fees include sterilization and vaccination.

In terms of space, the shelter has 26 large dog kennels, 12 small ones, and 51 cat cages. The dearth of space has led to putting medium-sized dogs in smaller kennels.

At times this year, the shelter has been at-capacity for both dogs and cats. When that has happens, the agency implements a waitlist for intake. The waitlist for accepting cats is still active, Goulet added.

“We’ve literally had no space,” Goulet said. “We can only take in as many animals as we have kennels for. We would have to euthanize in order to make room for another animal — we would have to go through and pick somebody — and we’re no-kill, so we don’t do that.”

As the shelter is no-kill, animals aren’t euthanized due to space or the length of time they’ve been at the facility. They are only put down due to illness, aggression, or at an owner’s request.

Goulet also said they’ve seen an increase in aggressive dogs being turned over. Those dogs cannot be adopted out.

The shelter euthanized seven dogs due to aggression or illness as of Sept. 10, 2019. So far this year, the shelter has euthanized 15 dogs, more than double the amount they had at this time in 2019.

“That may not seem like a lot, but that is a lot,” Goulet said. “When you look at a dog and say, ‘You cannot adopt that dog out,’ that’s a hard call to make. That’s not a good feeling.”

Figures for 2020 were not available, with Goulet saying they were skewed and not representative of the shelter’s standard operations due to the COVID-19 pandemic. According to year-end totals for 2019, the shelter took in 657 dogs and 635 cats.

Even if the shelter can’t take in a pet right away, staff will try helping the pet’s owner via other means. For example, if an owner calls looking to surrender their cat or dog due to financial reasons, the shelter may provide food and supplies. If the animal needing to be surrendered is a specific breed, shelter staff will try to connect with specialized rescues.

To free up more space, the agency has held several adoptions events throughout the year. Staff — comprising two part-time kennel attendants and three full-time officers — also will transfer animals to other shelters.

On Saturday, Sept. 11, staff drove 20 cats to a shelter in the Upper Peninsula.

“That’s how far we’ve reached out to try to make room,” Goulet said.

This is the second such trip of the year, the previous one seeing 13 cats taken north. All 13 of those were adopted within a week, Goulet said.

The main thing Goulet would like the public to know is that adopting a pet takes commitment and isn’t something to rush into.

“It’s an addition to your family and there’s a commitment there,” he said. “If there’s a change-in-life event, have a plan. Try to have a plan as to where that animal would go, (the shelter) being a last resort. Don’t just count on the shelter having space, as that may or may not be true.”

Staff often deal with emergency situations requiring them to seize or take animals from, such as animal hoarding, back yard breeders, and house fires that displace pets. As such, the public should not view the shelter as a convenient avenue for relinquishing pets they can no longer care for.

“It would not just help us out, but it helps the community,” Goulet said. “If there is some emergency situation we have to respond to, we have more possibilities and options internally to help them out without putting a huge strain on the building already being at-capacity.”

The shelter always accepts donations for pet food, toys, and supplies. Volunteers are also welcome to participate in the shelter’s dog walking program, which helps break up the dogs’ days by letting them out of their cages, allowing them a chance to burn off some energy, and work on their social skills.

Love Your Pet: Advantages of building a relationship with a really small animal

Tue Sep 14 , 2021
SPRINGFIELD, Mass. (WWLP) – Our Love Your Pet series continues with a special look at small pets. At at Dakin Humane Society in Springfield, being as quiet as a mouse rarely gets these critters the attention they deserve. And that’s a pity says Animal Resource coordinator Eliza Fischer, too many […] 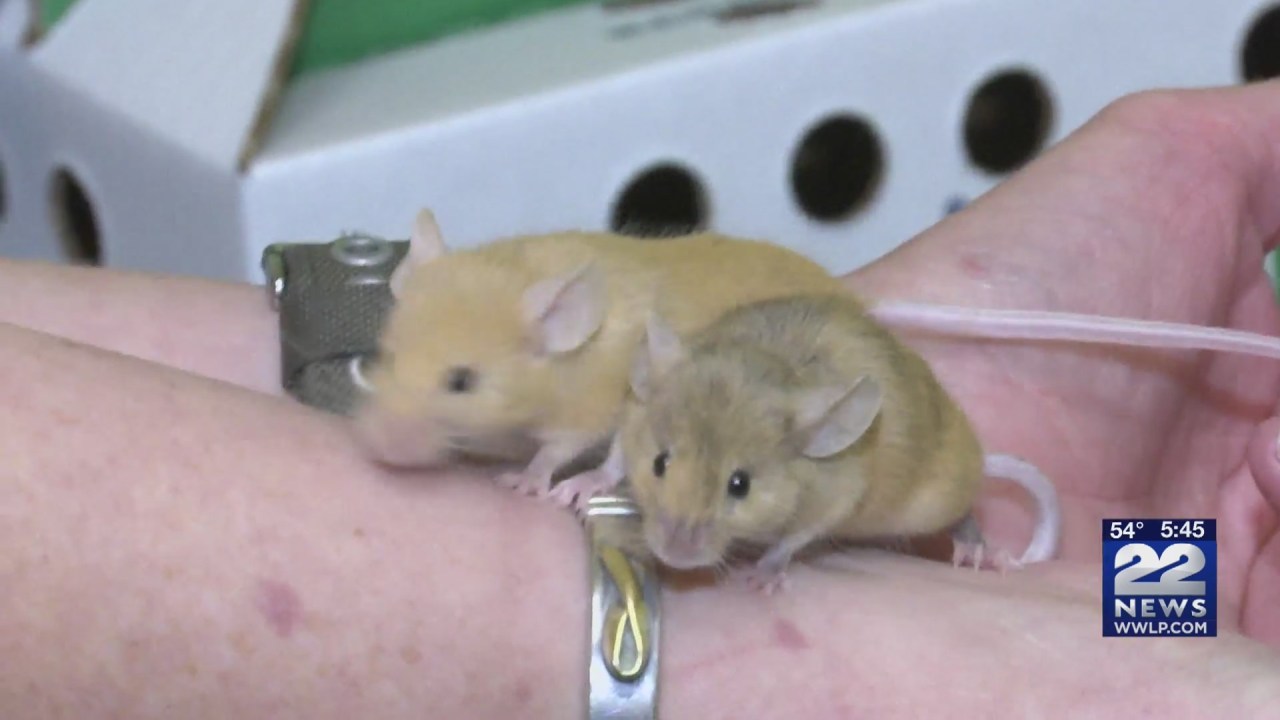