SPOKANE, Wash. — Weeks after the winter storm in Texas, some shelters and rescues here in Spokane are taking in animals that have been impacted.

For Path Of Hope Rescue, saving dogs and puppies in the South is nothing new, but this was the first time they’ve had to save them from freezing conditions.

Path Of Hope Rescue is a pregnant dog and puppy rescue based here in Spokane, but the dogs that come into their care are from high kill shelters in Houston.

Executive Director Caitlin Knight, says she and other volunteers were in Houston on a scouting trip the weekend before the winter storm hit.

As their partner rescues in Houston were starting to pull strays off the streets in preparation for the unprecedented storm, Path Of Hope was already there to help out.

Weeks after the winter storm in Texas, Path of Hope Rescue here in Spokane is finding some new homes for a few animals impacted by the storm.

The story behind the rescue and what’s next for the pups on #GMNW! @kxly4news pic.twitter.com/HOcsww9SaI

A female, black lab named ‘Salsa’ is currently in Path Of Hope’s care.

She was pregnant on the street when they found her and her five puppies were born post-rescue.

“The puppies are doing great, they’ve never known anything except a nice, warm bed,” said Knight. “But mama follows me around, her butt does not stop moving and she is just so happy to be warm and safe.”

There are two other dog moms still in Houston, but bound for Spokane soon.

Unfortunately, the puppies they each had ended up dying in the snow.

Knight says Path Of Hope Rescue has always just saved dogs from euthanasia lists and high-kill shelters in a city with an animal over-population problem.

“There is nothing like the feeling of knowing you were instrumental in saving a dog’s life. Literally saving a dog’s life,” said Knight. “We throw around the word ‘rescue’ a lot. You know ‘I rescued them from another home’. But the dogs that we take in literally are on death’s door. Either they’re going to be euthanized because a shelter does not have room for them or they’re going to die because they’ve starved in the streets or they were attacked by another dog.”

Saving dogs from a winter storm is not something they’ve done before.

But all the same, Path Of Hope is glad to be giving these pups a safe and happy future.

And there are even more animals bound for brighter futures in our region.

The Spokane Humane Society reached out to its sister shelters in Texas and received 37 homeless dogs.

Spokane Humane Society reached out to sister shelters in Texas and took in 37 homeless dogs.

These dogs will be available for adoption starting tomorrow at Bark, A Rescue Pub and Northpointe PetSmart.@kxly4news pic.twitter.com/F8kSB77DBz

Executive Director, Ed Boks, says these dogs will be available for adoption at Bark, A Rescue Pub and Northpointe PetSmart starting Thursday, Mar. 4.

The Path Of Hope Rescue pups will go into foster care this week while they wait to be adopted.

You can always help them out by being a volunteer or donating.

COPYRIGHT 2021 BY KXLY. ALL RIGHTS RESERVED. THIS MATERIAL MAY NOT BE PUBLISHED, BROADCAST, REWRITTEN OR REDISTRIBUTED.

Thu Mar 4 , 2021
Do you want to add a new member to your family and give back to the world at the same time? Adopt a pet from a local shelter! Despite the COVID-19 pandemic, many local animals are still looking for their forever homes and animal shelters still working to place pets […] 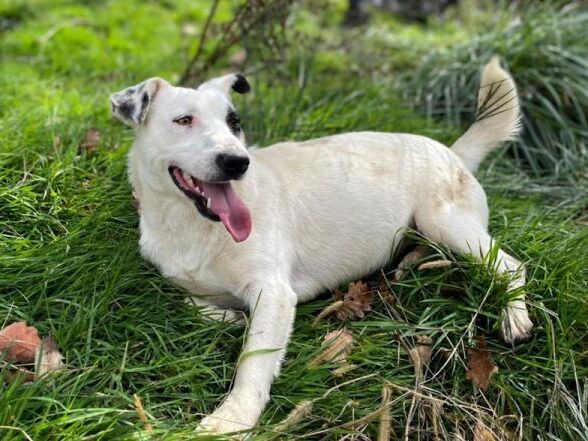