The group’s origins actually date back to 2016, when Michael Levy, co-owner of Oakland-based Pet Food Express, rented a conference room at the SuperZoo trade show to gather together roughly 15 independent pet shop owners. The primary topic of discussion: the growing impact of mass online sellers and how indies […]

The group’s origins actually date back to 2016, when Michael Levy, co-owner of Oakland-based Pet Food Express, rented a conference room at the SuperZoo trade show to gather together roughly 15 independent pet shop owners. The primary topic of discussion: the growing impact of mass online sellers and how indies could share ideas and collaborate on ways to help one another out.

The conversations became an annual event, each year filling the room with more and more attendees. By the end of 2018, online pet food sales had grown to 11% of the market, a whopping 53% over the previous year, so, in 2019, an all-volunteer steering committee was formed. They began meeting monthly, but it took the universal Covid-19 hardships to speed up the formalization process.

“In the early days of IndiePet, the main issue was pricing, with traditional brick-and-mortar brands coming online and manufacturer’s pricing not being policed or maintained in any way. It was a free-for-all,” says Al Putillo, chief merchandising officer at Mud Bay (and the owner of a Portuguese water dog named Ella Fitzgerald, who loves to sing just like her namesake).

Putillo is referring to predatory pricing, the illegal practice of selling products below cost to drive a competitor out of business. Amazon has long been accused of underpricing, well, everything under the sun to build a massive monopoly that will generate untold profitability when they stand alone in the future, even if profits are low in the present.

Chewy is running a similar “deeply unprofitable” playbook. In a Pet Product News column, Lummis says the IndiePet world’s view of the company as a “profound existential threat” isn’t unfounded, because the company offers deep discounts to customers who sign up for subscriptions, which has been a big driver of sales.

“Chewy will add a sample of its American Journey dog food in the same box as the food your customer just ordered.”

And now retail giants are even competing with the pet supply companies whose products they sell. “Amazon has its own line of pet food and wee-wee pads now, which is scary because it is taking marketplace power and completely controlling the entire supply chain and manufacturing process,” Putillo says. Still, he says, many indie retailers are more concerned about Chewy and its marketing machine. “Chewy will add a sample of its American Journey dog food in the same box as the food your customer just ordered.”

A well-received 2019 paper in the Journal of Antitrust Enforcement by Fordham University law student Shaoul Sussman argues that Amazon is currently guilty of predatory pricing and that there is a path to a game-changing lawsuit. A major antitrust case would certainly be to IndiePet’s benefit. It’s the original beef that got them communally griping in the first place.

“Our earliest discussions were about how, in a perfect world, manufacturers should create guidelines and boundaries around margins. What Amazon and Chewy have done is brilliantly diabolical,” Putillo says. “They are basically passing the buck, saying, ‘We have algorithms set up to scan the internet and look for pricing so that we are right there or slightly lower.’ Set-it-and-forget-it math. If a manufacturer comes to Chewy and says they are in violation of pricing standards, they point to others breaking the rules and promise, ‘Once they’re cleaned up, we’ll fix ours.’ They take very little responsibility for the pricing on their platforms.”

But so far, when it comes to fighting Chewy and Amazon, IndiePet has been mostly bark and not a lot of bite. Its biggest victory was in the early days of Covid-19, when the organization, still in the planning phase, spearheaded its members and other independent shops across the industry to join in a successful letter-writing lobbying campaign to ensure pet stores were considered essential businesses.

The group plans to go on the offensive with a marketing campaign about what indies offer that online retailers don’t. The message will be that independent pet retailers offer better products, have more educated staff members, and are more focused on sourcing and sustainability. (The latter two are an important metric for millennials, who now make up a third of pet owners, tend to place more stock in a brand’s story, and are likelier to purchase premium grub.)

Personalized service and higher-end products, especially from smaller companies that can’t produce at Chewy’s expected scale, are the independent retailers’ sweet spot. There is evidence, anecdotal at least, that our deep attachment to our animals can supersede convenience and price if local shopkeepers love our critters as much as we do. This is the exact advice AdreAnne Tesene, owner, along with husband Andy, of the six-store suburban Chicago chain Two Bostons (named for their original terrier duo, Roscoe and Daisy) has given to others in the IndiePet world.

IndiePet has also talked about creating a J.D. Power–type of IndiePet Seal of Approval, which could appeal to the more discerning pet owner, for whom “gravying up” a bowl of dry dog food is akin to feeding actual human children Milk-Bones for breakfast.

Two Bostons separates itself from the e-tailer monopolies by having actual relationships with the local pets and their owners. The Tesenes know what their customers want — puppy pics — so they lean in hard on the cuteness factor. They’re creating Instagrammable in-store displays like a kissing booth for dogs on Valentine’s Day, featuring shopper’s pets on their social media accounts, and, of course, learning all of the neighborhood dogs’ names.

“To take on Chewy, we have to be proactive and have our faces out in the community,” AdreAnne says. “We host family game night on Facebook, and since I’m on a first-name basis with the dogs of Naperville, I can call them out by name if they bark at a toy. ‘Oh, you really need to get this new squeaker for Pebbles.’”

IndiePet has also talked about creating a J.D. Power–type of IndiePet Seal of Approval, which could appeal to the more discerning pet owner, for whom “gravying up” a bowl of dry dog food is akin to feeding actual human children Milk-Bones for breakfast.

Some big pet food makers have already come out in support of the group, including NutriSource Pet Foods, a large Minnesota-based manufacturer producing 100 premium pet foods, kibbles, and treats sold in 6,000 independent stores across the United States and Canada. In the spring of 2017, senior leadership at the third-generation family-owned business had an eight-figure decision to make. When PetSmart announced it was buying Chewy for $3.35 billion — at the time, the largest e-commerce acquisition in history — NutriSource walked. (Last October, PetSmart tried to split with Chewy, but the process stalled out in a debt-sale morass.) Even without an immediate plan to “fill the sales pothole,” there was never any doubt about leaving, says Charlie Nelson, president and CEO of NutriSource. The company was built on its relationship with indie pet shops, he says, and everyone felt NutriSource must stay true to its nature.

“When confronting a company like Chewy, action needs to be taken right away, but what happens is smaller operators often get paralyzed, which is the worst thing you can do. The challenging external forces aren’t going away—they’re accelerating,” says Darren Fujii, chief growth officer at NutriSource (and owner of a mini Dachshund rescue named Wrigley, a nod to his beloved hometown Cubs). “Having discussions about moving in a positive direction is extremely important for individual business and the industry on the whole. We have no plans or discussions to go outside of our community. For us, it’s do or die. We’re all excited to see the IndiePet coalition come together.”

Will any of these moves be enough to make a major dent in sales at Amazon or Chewy? Probably not. But that’s not really what IndiePet retailers are aiming for. They’re just hoping to hang onto some of the scraps, as some of Amazon’s original victims, the indie bookstores, have done. In 2009, indie bookstores bottomed out at 1,651 stores, but they’ve been hanging on through curated, educated, and entertaining service with unique personalized offerings. In 2019, there were more than 2,500 indie bookstores, with sales up 5% over the previous year. Not all will make it through Covid-19, but there is no reason the strategy of building a loyal community customer base won’t work again in any given industry.

If the IndiePet folks can hold onto their current share of a booming market, that will be significant. It all depends on whether they can successfully engender the type of loyalty one might find between a boy, his mom, and a dog — something they hope pet parents will pay a premium for.

Wed Apr 7 , 2021
Looking to add a new member to your family and do something good for the world at the same time? Perhaps it’s finally time to adopt a pet! During the ongoing coronavirus pandemic, many animal shelters are still working to find forever homes for dozens of cats, dogs and other […] 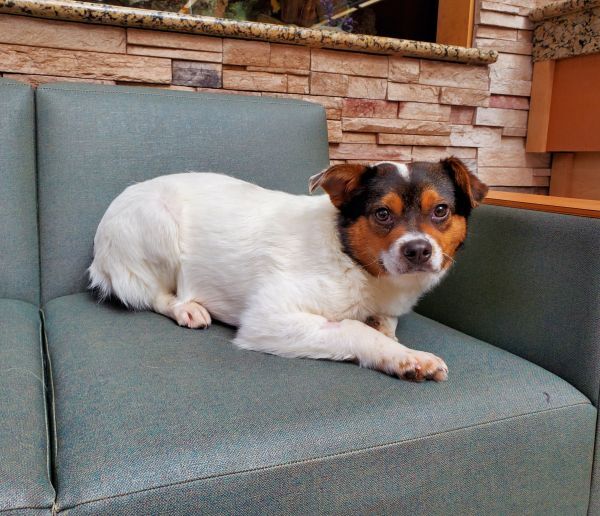